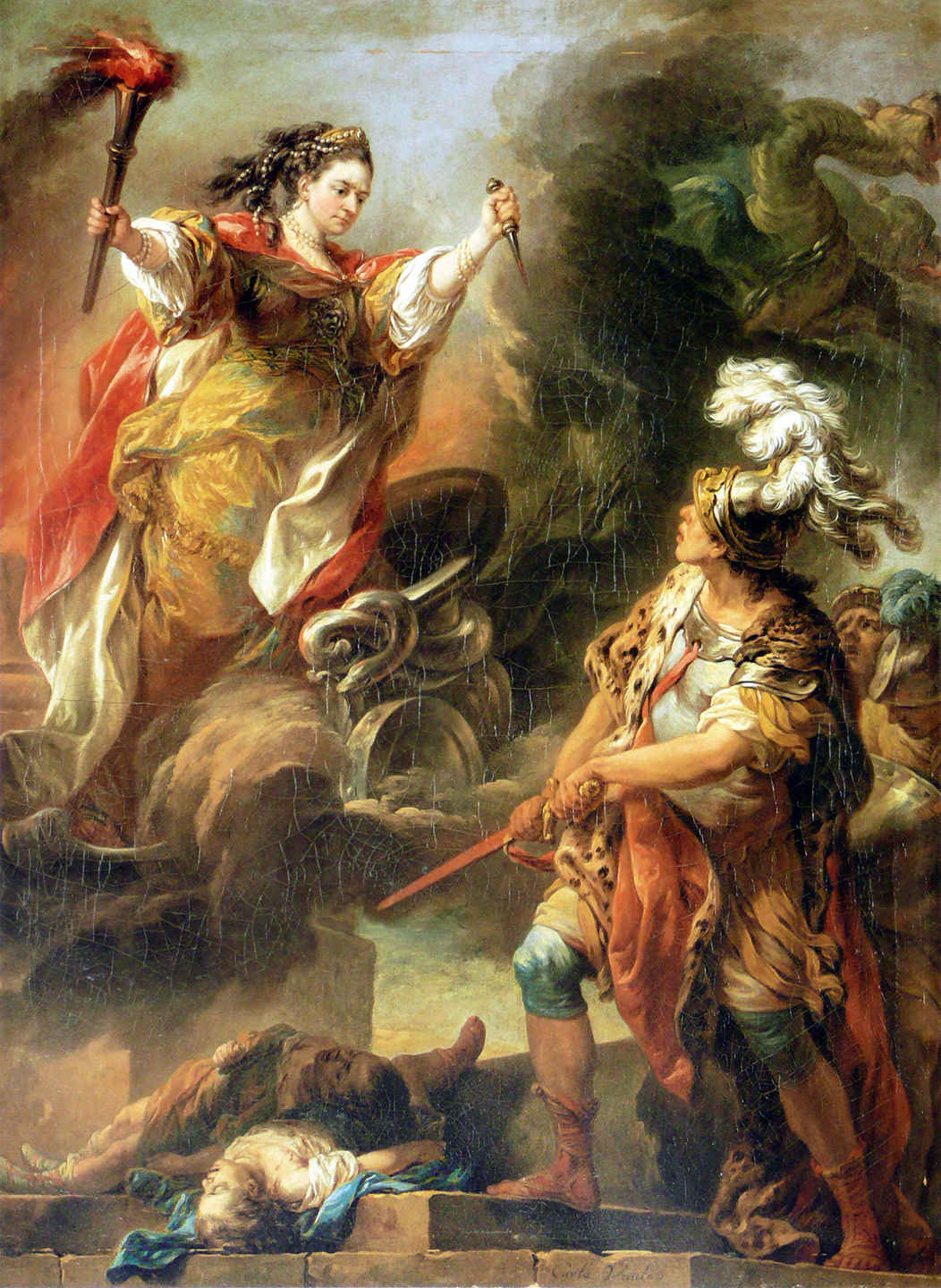 Medee is a tragédie mise en musique in a prologue and five acts by Marc-Antoine Charpentier to a libretto by Thomas Corneille. It premiered at Paris, Opéra, 4 December 1693.

Médée, Charpentier’s only work for the Académie Royale de Musique, was perhaps the most important opera produced there in the decade after the death of Lully. Sébastien de Brossard considered it ‘the one opera without exception in which one can learn the things most essential to good composition’. Campra later included portions of the music in his pastiche opera Télémaque. Louis XIV personally complimented Charpentier on the work, and the king’s brother and his eldest son attended several performances. The Mercure galant favourably mentioned the Italian songs (2.vii) and praised in particular the performance of Marthe Le Rochois in the title role.

While Titon du Tillet and others proclaimed Médée a critical success, Brossard pointed out that it was not successful with the public. The Journal de l’Opéra lists no performances after 15 March 1694, but it was revived at Lille on 17 November 1700.
Corneille’s libretto presents a complicated love quadrangle between Medea, Jason, Glauce and Oronte which, together with a struggle between Corinth and Thessaly, slows the opera’s pace for the first three acts. But when Medea begins her holocaust of revenge the dramatic tension intensifies. Especially striking is Charpentier’s depth of musical characterization in the monologues of Medea, which run the gamut of passions from seething rage (1.i) to motherly love (2.ii), lamentation (3.iii), vengeance (3.iv and 4.v) and horror at her own actions (5.i). Corneille’s libretto includes stock situations common to both French and Italian opera of the time, such as Creon’s mad scene (4.ix) and Medea’s incantation scene (3.v), alongside elements of the ballet de cour: the divertissement of Love’s captives (2.vii) and the choruses and dances of the demons and furies (3.v–vii).

Charpentier’s music is a virtual compendium of instrumental and vocal forms (overture, passacaille, chaconne, recitative, arioso, air, lament, ensemble and chorus), and the attention he devotes to details of instrumentation, tempo and dynamics could serve as a guide to 17th-century orchestration.

Repurposed for use by Pinchgut Opera from John S. Powell’s Médée (1992)