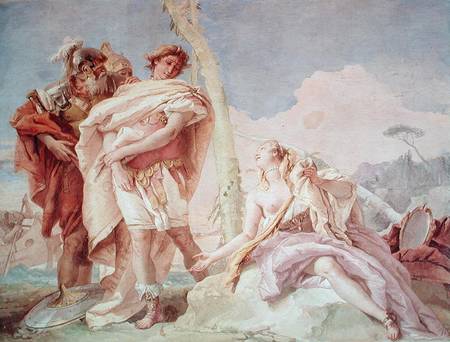 Rinaldo was not only Handel’s first opera for London but also the first Italian opera specifically composed for the London stage. It was an immediate public success and (despite mocking notices from Addison and Steele in The Spectator) had 15 performances before the close of the 1710–11 season.

In his preface to the libretto Aaron Hill suggested that the earlier Italian operas heard in London had been ‘compos’d for Tastes and Voices, different from those who were to sing and hear them on the English Stage’, and that they lacked ‘the Machines and Decorations, which bestow so great a Beauty on their Appearance’. He had therefore ‘resolv’d to frame some Dramma, that by different Incidents and Passions, might afford the Musick Scope to vary and display its Excellence, and to fill the Eye with more delightful Prospects, so at once to give Two Senses equal Pleasure’.

Handel’s music is certainly both varied and excellent, with much resourceful use of woodwind solos and the addition of four trumpets to the score to produce a wide range of instrumental colour; Armida’s final aria of Act 2 includes the unusual feature of improvised harpsichord solos. In fact, some of the musical material was taken from works Handel had composed in Italy three or four years earlier, often substantially reworked.

Repurposed for use by Pinchgut Opera from Anthony Hicks’ Rinaldo (1992)