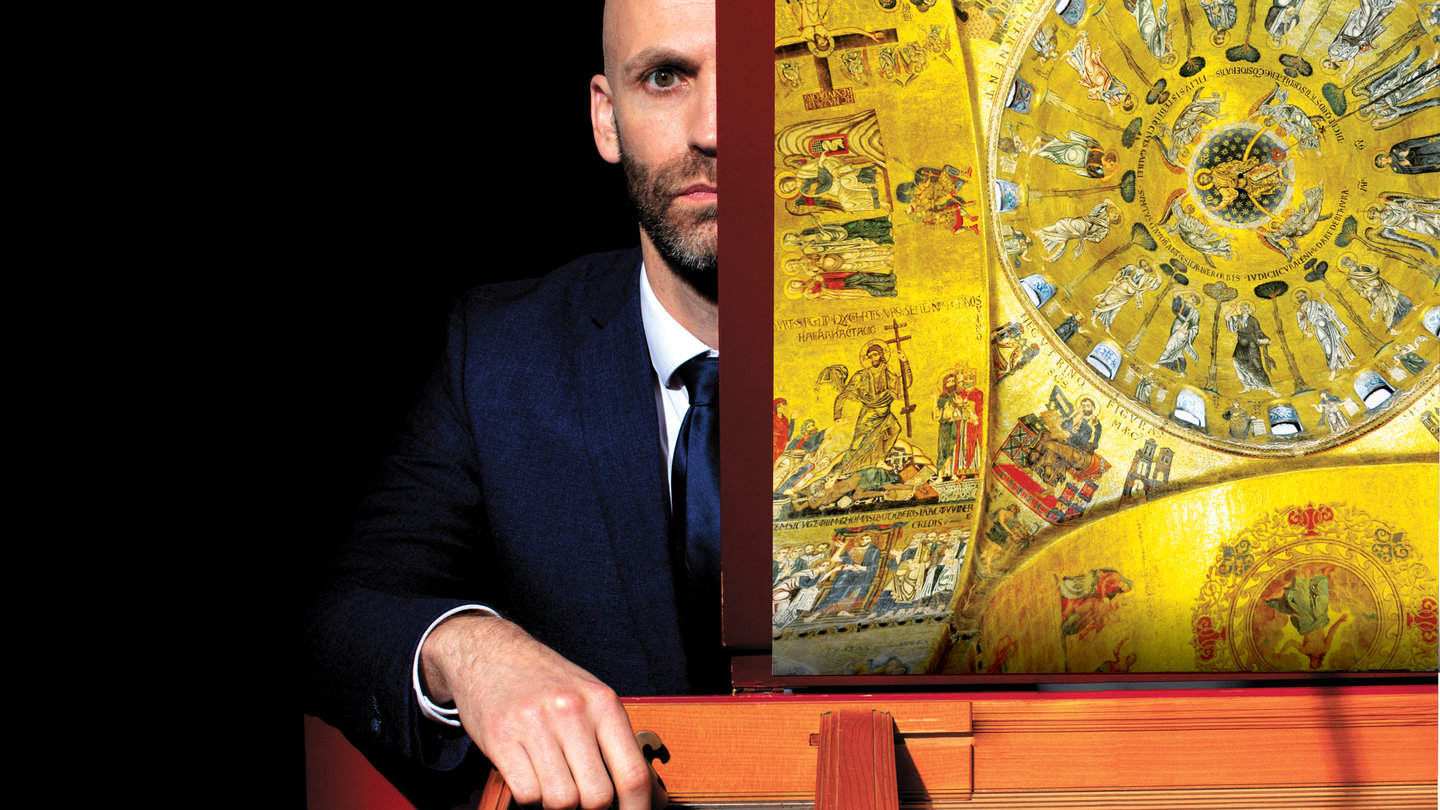 Polychoral music (or cori spezzati—‘broken choirs’) was one of the very first special effects in music history, in which acoustics had a direct influence on composers and performers. This genre plays off the reverberance of large cathedrals and spaces. Autonomous choirs play off each other in a call-and-response technique that plays with the listener’s expectations. The original “surround sound”, polychoral music was a way to animate and theatricalize large spaces, and as such it was often used for consecrations, feast-days, and important celebrations.  Although it did not begin in Venice, polychoral music soon found a natural home in the echoing chambers of St Mark’s Basilica. Beginning with Willaert in the sixteenth century, the peak of sophistication with these effects took place under Giovanni Gabrieli. Gabrieli’s works and techniques were highly influential with composers across Europe, and the Splendour of Venice showcases some of his works together with those of his followers (including the great Monteverdi himself). We also include Allegri’s famous Miserere, famous for its hidden choir singing in echo. Linking all the excerpts together are organ interludes, following Venetian liturgical practice.

This concert was especially curated as a kind of “consecration” of the Great Hall at Dangrove, the centre of philanthropist Judith Neilson. We gratefully acknowledge her support and generosity, and also thank Phoenix Artistic Director Dr. Nena Beretin for sharing with us footage of this event.

The full recording of the Splendour of Venice concert will be available at 1pm on SUN, 26 April 2020.