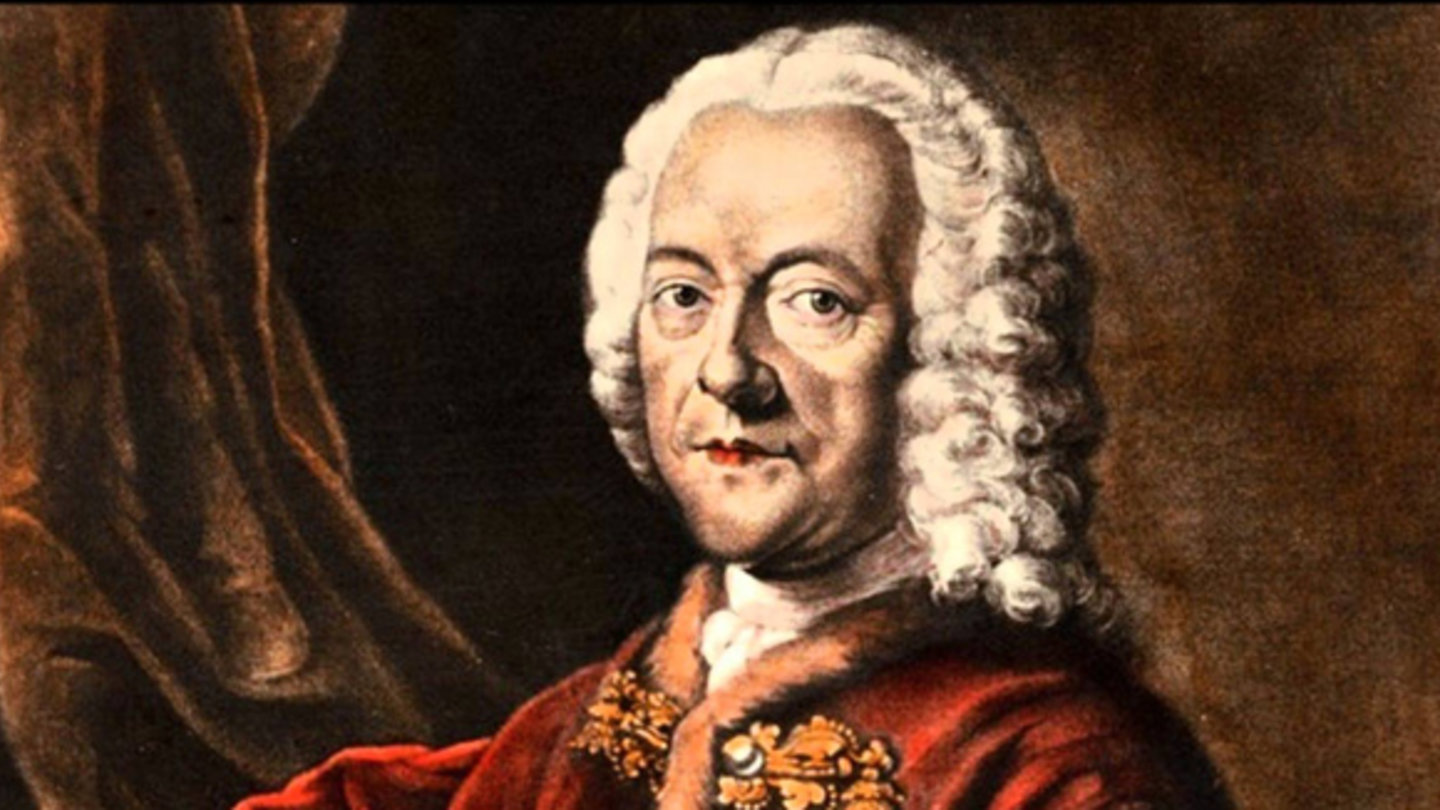 "A good composer should be able to set public notices to music."

It now seems hard to believe but Telemann was considered the greatest living composer for much of the first part of the 18th century. He wrote in virtually every major musical style, and composed well over 3000 works – more than Bach and Handel combined.

The son of a Lutheran deacon, Georg Philipp Telemann was born in Magdeburg (Germany) in 1681. He showed remarkable talent in music mastering keyboards, the double bass, the flute, the oboe and the bass trombone after only a couple of weeks of lessons. After the death of his father, his mother put an end to his musical ambitions, confiscating his musical instruments and sending him off to school. However, he continued to study in secret and composed his first opera by the age of 12. Telemann entered Leipzig University in 1701 to study law, but music once again took over. The mayor of Leipzig commissioned him to write for the city’s two main churches, and in the following year he was named the director of Leipzig Opera. Over the next three years he wrote more than 20 operas and was so prolific that the music director of a neighbouring church petitioned to have him removed. This dispute was settled by Telemann accepting the position of Kapellmeister to Count Erdmann in Sorau, now part of Poland.

Erdmann’s tastes ran to French instrumental music, and over the next three years Telemann wrote roughly 200 French overtures. A second, unhappy, marriage having driven Telemann into financial ruin and he then accepted a better paying position with Duke Johann Wilhelm of Saxe-Eisenach, concentrating on concertos and instrumental music. While in Eisenach, he met J S Bach and became godfather to C P E Bach. Bach and Telemann remained friends for life. A position in Frankfurt followed, where he began to publish his own compositions.

In 1721 Telemann received an offer from the city of Hamburg to become musical director of the city’s five main churches. This was the most productive phase of his career, as he wrote two cantatas for each Sunday, music for ceremonies and music for church consecrations. He also gave public concerts performing his own music, and initiated a series of weekly public concerts running from November until March. And since he still had some spare time on his hands, he assumed directorship of the Hamburg Opera, performing his own operas as well as those by Handel and Keiser.

He was offered (and declined) the Cantor of the Thomasschule in Liepzig, a position which was later taken by J S Bach. He remained in Hamburg for the rest of his life, and by the last decade was writing treatises on music theory, and at least three separate autobiographies. Troubled by various health problems and failing eyesight in his last years, Telemann was still composing into the 1760s. He died on the evening of 25 June 1767 from what was recorded at the time as a chest ailment. He was succeeded at his Hamburg post by his godson, Carl Philipp Emmanuel Bach.

18th-century critics unanimously considered him among the best composers of his time. Leading theorists held up his works as compositional models, and his fame extended to England and throughout Europe. Yet by the early part of the 19th century his music was disappearing, as was Vivaldi’s; dismissed as a polygraph who wrote too many works. It was not until the 1980s that his music has once again been recognised for the genius that it is.