Our first-ever Christmas concert promises no less than an Arcadian escape, much needed after the year that was…

Pinchgut Opera has only once before presented Charpentier’s music. Maybe you remember our production of David and Jonathan from 2008? Musically remarkable for its failure to follow French operatic conventions of the day, it’s a psychological drama with one of the most haunting ghost scenes in all of Baroque opera.

Which might make Erin Helyard’s choice of Charpentier a bit odd for a Christmas concert – yes? [Or maybe not, given the year we’ve had – Ed.]

Well, the good news is that Charpentier’s emotional and dramatic musical palette runs the gauntlet from deeply disturbing as in D&J, through delightfully comic in his collaborations with Molière, and arrives at joyfully uplifting with his Messe de Minuit pour Noël. ‘It really is the perfect piece for a much-needed festive occasion,’ says Erin.

Charpentier had the misfortune of living at the same time, in the same place, as Jean-Baptiste Lully, not a particularly generous individual. ‘Lully had the monopoly on opera and on the court’s favour,’ explains Erin. ‘That made it really hard for Charpentier to be the creative spirit he knew himself to be.’ Fortunately he attracted the interest and support of Marie de Lorraine, Duchesse de Guise, a princess and cousin to the King. The presence of art was essential to her wellbeing so she established something of a colony behind the doors of her ‘Hôtel de Guise’, in the heart of Paris. In many ways, Charpentier enjoyed greater liberties and artistic freedoms within that grand abode than he might have at court: Marie, his protectress, had exceptionally eclectic tastes; experimentation and innovation were actively supported. There were challenges too – the teams of musicians-in-residence often changed, and so Charpentier was obliged to work within some unusual forces. Six-part vocal textures, for instance, became something of a signature for him.

By 1687, Charpentier had left the patronage of the Duchesse and was standing on his own two feet, albeit with some assistance from her in securing a job as the maître de musique at the Jesuit Church of St Louis.

His midnight mass from around 1694 is quite the clever little creation: crafting a work from no direct precedent, Charpentier sets the traditional Latin liturgical text to the tunes of eleven different French noëls, or carols, of the day. It’s a master melodist’s stroke of genius, as these were tunes his congregation would have immediately recognised. ‘It’s not a theatrical work per se,’ says Erin. ‘But Charpentier has such a fine ear for orchestral colour, he creates these beautiful alternating moments between the winds and strings.’ Erin describes his music as ‘very finely drawn. He has a real eye for detail… but without the authoritarian style of Lully,’ he adds.

Interspersed throughout the score, in Charpentier’s flowing calligraphic hand, are the instructions ‘Icy l’orgue joüe le mesme noël’ (‘Here the organ plays the same carol’). In keeping with the congregation’s expectation, other pieces of music were interspersed throughout the service. Naturally Erin is following his historically informed orders, inserting a selection of music by Charpentier, Boismotier, and Nicolas Chédeville. What’s particularly special is that these ‘interpolations’ call for a never-before-heard-in-Australia instrument, the musette. Border-closures willing, this smallest of all bagpipe instruments will be played by Pinchgut musical polymath, Simon Rickard. ‘The musette,’ enthuses Erin, ‘really represents 18th century hipster culture. It had Arcadian associations, and signalled the equivalent of living off the grid. It was an instrument of the French aristocracy, and they took great pains to decorate them according to individual taste.’ Along the lines of the hipster beard so popular in the 21st century? ‘Yes, exactly.’ 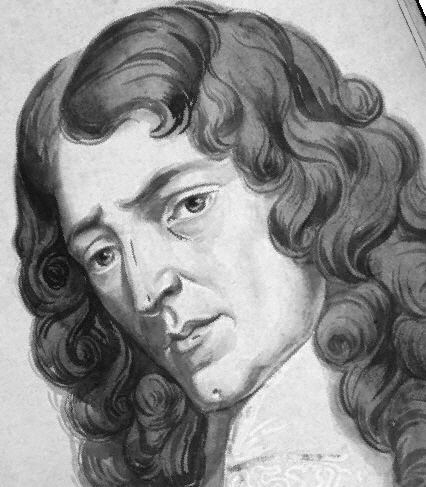