The Taryn Fiebig Scholar was founded in honour of Taryn’s extraordinary abilities, her legacy, and the significant effect that she had on Pinchgut Opera. The scholar program will encourage development opportunities for emerging Australian opera singers of special potential to enable them to develop the dramatic, expressive, and musical qualities that made Taryn a leading exponent of 17th and 18th century opera.

Pinchgut Opera is delighted to announce  an expansion to the Taryn Fiebig Scholar program in partnership with Melbourne-based private philanthropic organisation The Humanity Foundation becoming a key supporter of the program.

Director of The Humanity Foundation, Talya Masel, said "I could think of no other way to celebrate the extraordinary craft of performing that was Taryn's hallmark than via this partnership with Pinchgut Opera,” Talya explains. “Her love of imparting her skills to students was the great joy of her life. This scholarship program embodies all of these things and more, and I am very excited to work with Pinchgut in helping prepare the next generation of opera singers through the work and memory of Taryn.”

"She was such an encouraging figure to me as I was making my transition out of university, and was just the most gorgeous, generous and talented person. So this is very special to me indeed.” Louis Hurley 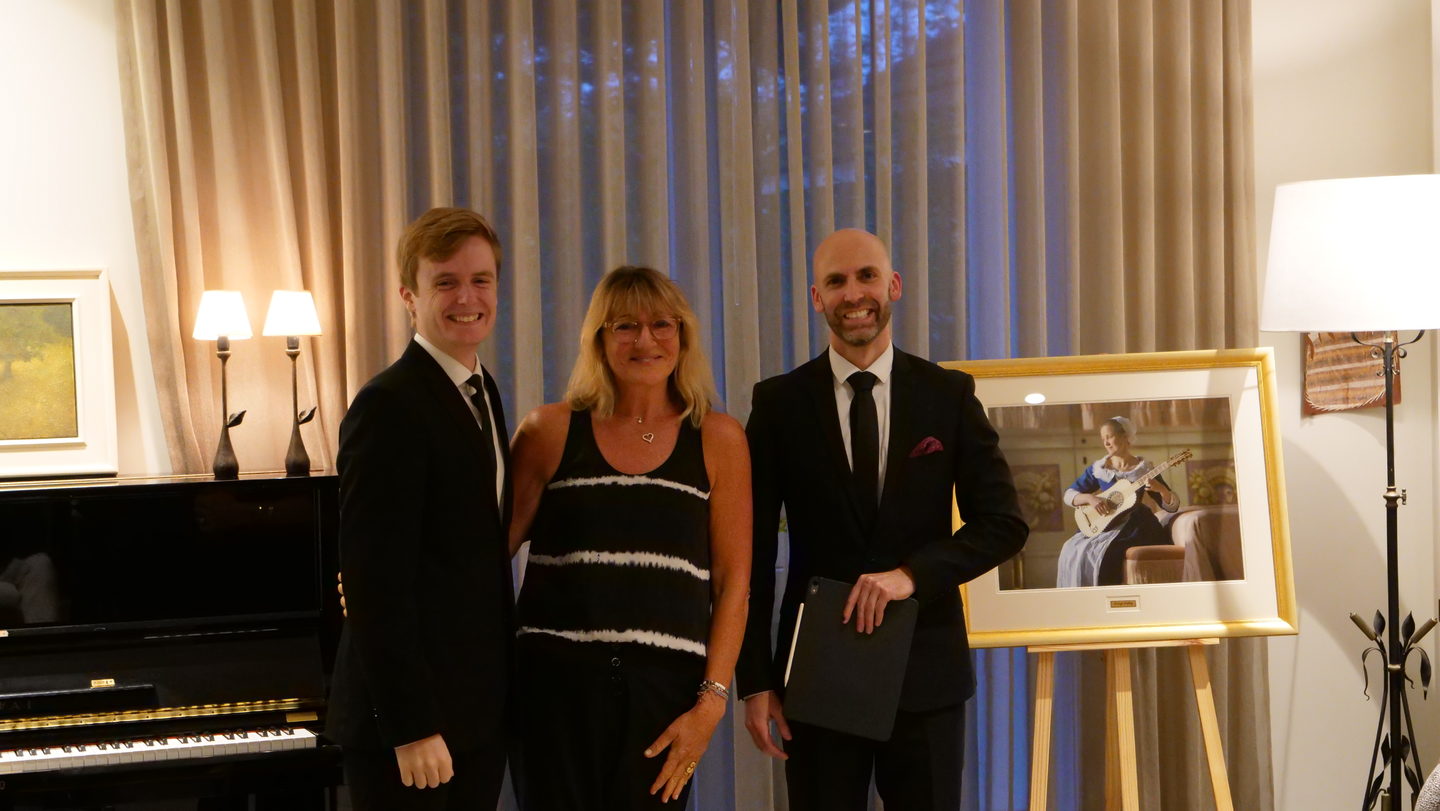 'I AM ABSOLUTELY OVER THE MOON, AND SO LOOKING FORWARD TO THE NEXT COUPLE OF YEARS WITH EVERYONE AT PINCHGUT OPERA.'

Louis Hurley is a Sydney-based tenor. He is a passionate operatic and concert performer in repertoire spanning the Baroque through to the 21st Century.

After completing a Bachelor of Music and Graduate Diploma of Music at the Western Australian Academy of Performing Arts (WAAPA), Louis furthered his studies, as a Hazell Scholar, with a Master of Music at the Guildhall School of Music & Drama, London under the tutelage of Adrian Thompson. Whilst in London, Louis performed at both the Wigmore Hall and the Barbican Hall.

In 2022, Louis will make a number of important debuts including Messiah with the Melbourne Symphony Orchestra, 1st Prisoner (Fidelio) with the Sydney Symphony Orchestra under the baton of Simone Young and in Haydn’s ‘Nelson Mass’ with Sydney Philharmonia Choirs. He will also return to Pinchgut Opera to perform the roles of Acis (Acis and Galatea) and Tibrino (Orontea).

Most recently Louis has been heard at the Adelaide Festival in the role of Flute in Neil Armfield’s production of Britten’s A Midsummer Night’s Dream, and in the Montverdi Vespers with Pinchgut Opera.

The recipient of numerous awards and scholarships, Louis was the winner of the 2019 Royal Melbourne Philharmonic Aria Competition and the Hans & Petra Henkell Award at the 2019 National Liederfest. A Melba Opera Trust Scholar in 2020 & 2021, as the recipient of the Joseph Sambrook Opera Scholarship, he is also an alumnus of Melbourne Opera’s Richard Divall Emerging Artist Programme, where he was recently made an Associate Artist. 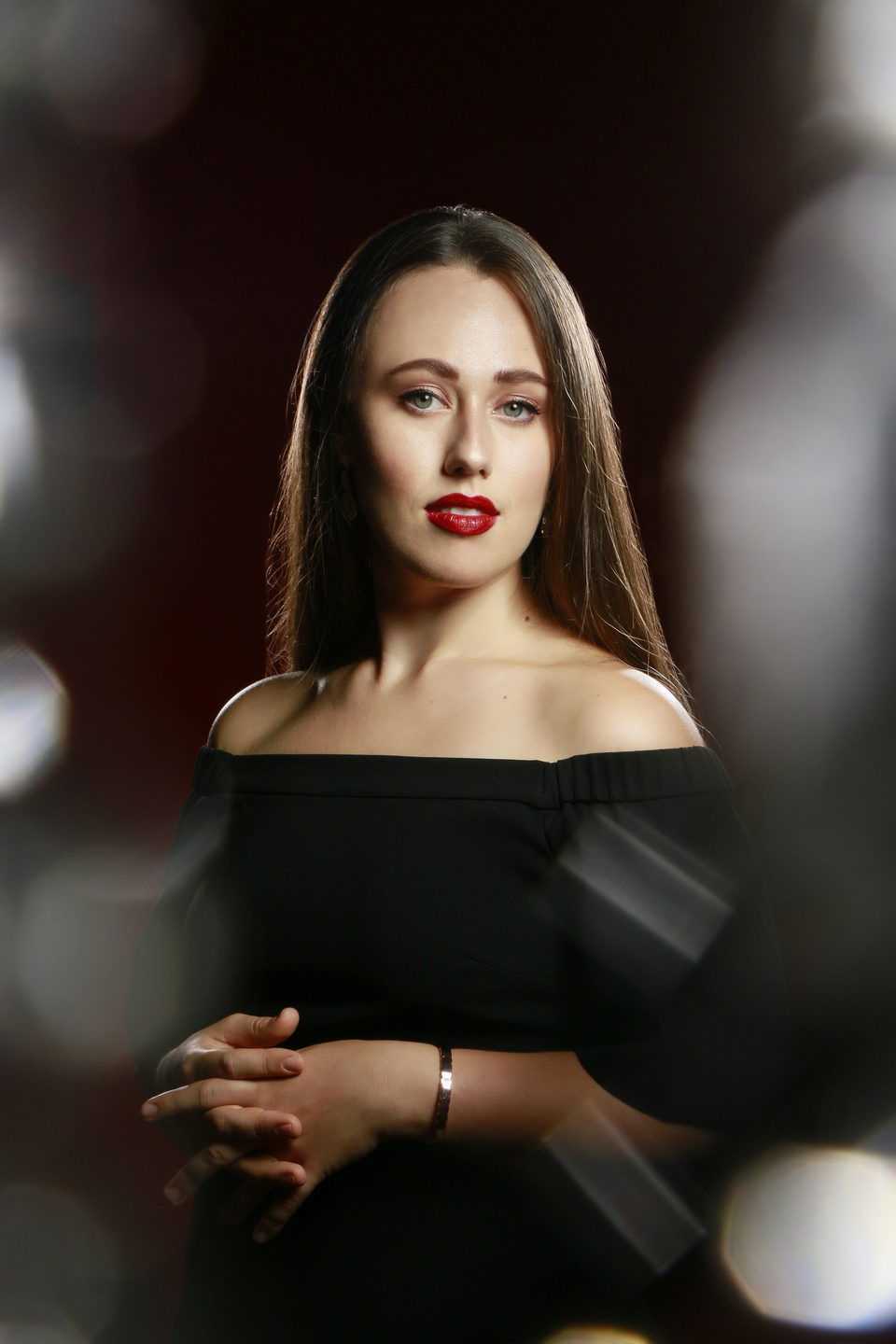 'I'M SO EXCITED TO CONTINUE LEARNING FROM TARYN'S LEGACY.'

Chloe Lankshear is a Sydney-based soprano who enjoys a varied career of performative media from operatic productions to classical contemporary recitals and premieres of commissioned works.

Chloe has performed with South Australia State Opera, Pinchgut Opera, Australian Brandenburg Orchestra and Bach Akademie Australia, and is a Principal Artist with The Song Company and a permanent member of the Choir of St James’ Church, King St in Sydney.

Her debut lead operatic role was in Ensemble Polypheme's production of Acis and Galatea in 2019. Recently Chloe has appeared as a soloist in the world premiere of Paul Stanhope's Requiem at City Recital Hall, as well as in Pinchgut Opera's performances of Monteverdi's Vespers. In April she performed the role of Cupid in a chamber production of Purcell's King Arthur. An enthusiastic chamber musician, Chloe has enjoyed collaborative programs with many artists including members of Muffat Collective, whom she collaborated with in her curation and realisation of Shaun Tan's Red Tree in 2020. Chloe most recently performed as a soloist with the Australian Chamber Orchestra in June.

ABOUT THE TARYN FIEBIG SCHOLAR PROGRAM

Taryn Fiebig Scholars will usually be a few years into their professional careers and may have already performed with Pinchgut Opera. They should demonstrate clear potential for a career as a solo vocalist and should already have some experience in performing 17th- or 18th- century music.
One Scholar will be selected annually, and will be in place for a two-year period. The Scholar will be mentored and guided by Artistic Director Erin Helyard, and will engage in coaching sessions with directors, language coaches and principal singers, and other identified development exploring elements including:

Performance opportunities will be identified on a case by case basis, with the hope that the Taryn Fiebig Scholar will perform in a Pinchgut performance during their time in this role. 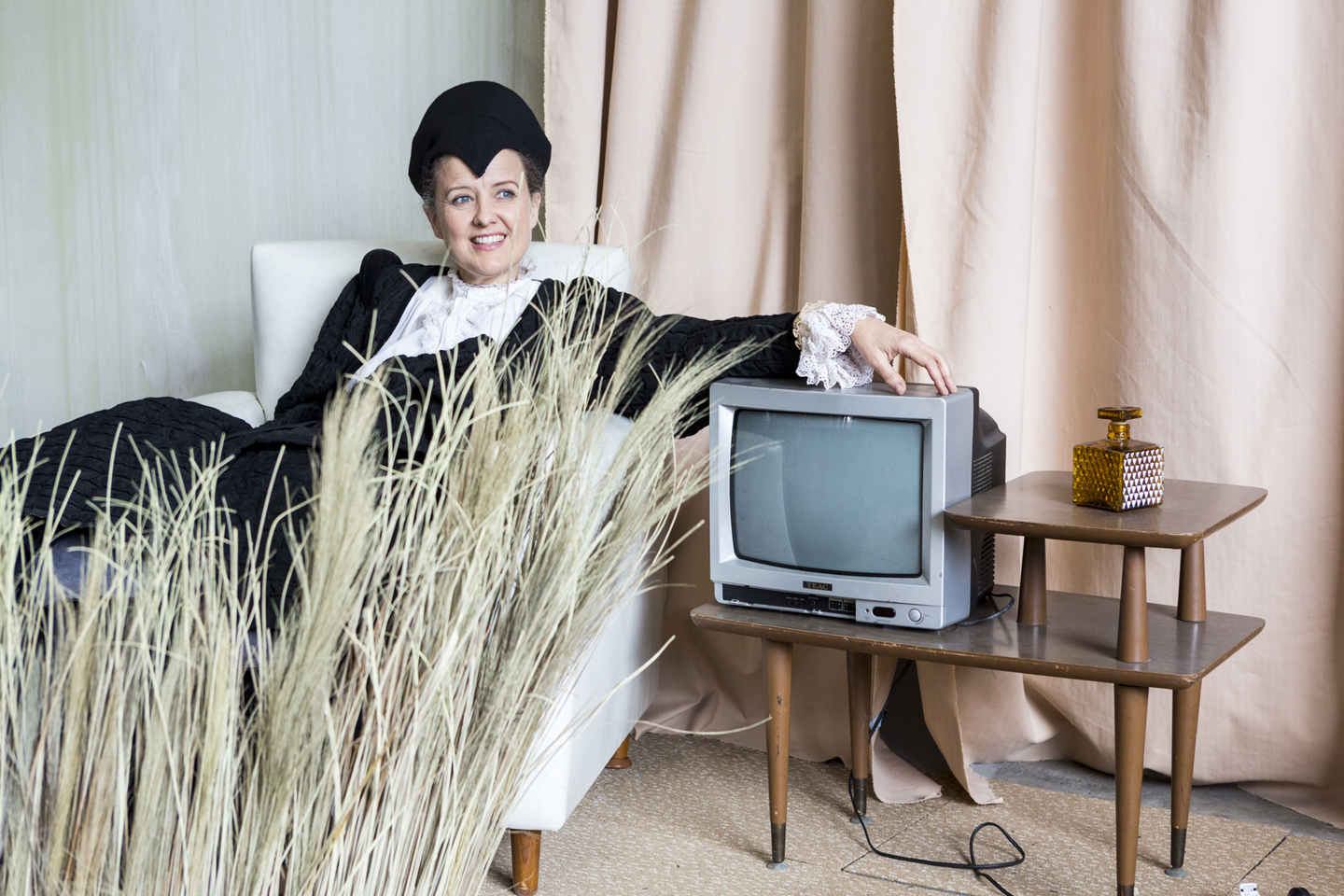 Pinchgut Opera would like to thank Jud Arthur and James Beck for their generosity and  invaluable assistance and support in helping create this program.

The Taryn Fiebig Scholar has been made possible by the generosity of its supporters, to whom we send out heartfelt thanks.

HOW TO DONATE TO THE TARYN FIEBIG SCHOLAR PROGRAM

HOW TO APPLY FOR THE TARYN FIEBIG SCHOLAR PROGRAM

Applications are open for the next Taryn Fiebig Scholar, set to begin in 2022.

Applications can be submitted via email to info@pinchgutopera.com.au at any time, and will be forwarded to the Artistic Manager for review. Please refer to the specific application requirements listed below.

The outcome will be communicated by January of each year. Applications will be kept on file and applicants are invited to submit refreshed biographies once a year. All applicants are welcome to apply for an audition here.

The Taryn Fiebig Scholar will be selected from applications received, and approved by the Board of Pinchgut Opera, on recommendation by the Artistic Director.

If you have any further queries about the Taryn Fiebig Scholar program or your application, please contact Pinchgut Opera’s Artistic Director via email to info@pinchgutopera.com.au.

Helpmann Award-winning soprano Taryn Fiebig was considered one of Australia’s most popular and versatile artists. Her association with Pinchgut Opera began in 2009 as Sicle in Ormindo; this was followed by three roles in 2017’s triple bill Rameau: Anacréon & Pigmalion (The Priestess of Bacchus in Anacréon, The Statue in Pigmalion and Erighetta in Erighetta e Don Chilone) and the role of Selinde in Vivaldi's Farnace in 2019. Taryn took lead roles for Pinchgut during the 2020 pandemic year in the short film series Seconda Prattica and in the 60-minute opera film A Delicate Fire, which featured music by Barbara Strozzi.

Taryn was also a Principal Artist with Opera Australia, featuring most recently as Musetta in La Bohème (2017), The Mother in Metamorphosis (2018) and Despina in Cosi fan tutte (2019). Other roles for Opera Australia included Susanna (The Marriage of Figaro), Zerlina (Don Giovanni), Pamina and Papagena (The Magic Flute), Servilia (La clemenza di Tito), Oscar (Un ballo in maschera), Clorinda (Cenerentola), Lisa (La sonnambula), Belinda (Dido and Aeneas), Aphrodite (The Love of the Nightingale), Karolka (Jenůfa) and The Woodbird and Gutrune (Der Ring des Nibelungen). Her performance as Lucy Joy in Bliss earned her a Helpmann Award. For New Zealand Opera, she has sung the role of Esmeralda in The Bartered Bride.

A musical theatre highlight for Taryn was over 200 performances opposite Richard Grant as Eliza Dolittle in Opera Australia’s National Tour of My Fair Lady.

Taryn's other memorable performances included Michal (Saul) for the Adelaide Festival and the title role in The Merry Widow for West Australian Opera. In concert, she appeared as soloist with Sydney Philharmonia Choirs, Auckland Philharmonia and the Opera Australia Orchestra.

Internationally, she appeared at the Edinburgh Festival (as Lucy Joy in Opera Australia’s production of Bliss), in America for the LA Ear Unit and in the UK with the English Chamber Orchestra and for BBC Radio.