WHAT IS BAROQUE OPERA?

It was the early 17th century when composers such as Monteverdi and Cavalli first set dramatic stories to music. Add lavish costume, striking sets and a heavenly chorus, and early opera was born. The art form was born in Italy, and quickly spread throughout continental Europe to flourish and transform in places like France and Germany.

Baroque opera is revered for the weird and wonderful instruments that often appear in a baroque orchestra, including a lute, harpsichord and contrabassoon. Story lines in Baroque opera range from gut wrenching drama to uproarious comedy (and everything in between) and are often based on Greek and Roman mythology.

If you love a good story, told with passion and flair, Baroque opera is for you.

Here are some images of past Pinchgut Opera productions. Today, Baroque opera can look like anything, really!

This is an aria from Castor & Pollux, an opera written in 1737 and revived in 2012 by Pinchgut Opera. Notice how the richness of the human voice is complemented by the distinctive sounds of the Baroque orchestra.

What is the relationship between Pinchgut Opera and Baroque opera?

Other companies do the more familiar operas excellently; we want to help audiences discover something new. We do so under the sure hand of Artistic Director Erin Helyard. Erin was senior lecturer in music at the Melbourne Conservatorium of Music before coming on full-time with Pinchgut Opera, and has published a multitude of works on the intricacies and importance of the Baroque period.

HOW DO I GET THERE?

Bus or Train
Easily reached by public transport, the venue is situated in the heart of Sydney’s CBD, at 2 Angel Place Sydney. A map is provided here for your convenience. You may wish to visit CityRail’s website for train timetables, visit the Sydney Buses website for bus timetables or use the Transport Infoline trip planner.

People often ask us what they should do at the opera…
And the truth is, we don’t mind what you do!

The one thing you can’t do, is keep it to yourself.

The City Recital Hall is a 1,238 seat Hall in a shoebox shape, proven worldwide as the ideal shape for hearing western classical music. Based on the classical configuration of the 19th century European concert hall, the design includes gently raking stalls and two galleries that wrap around both sides and rear of the auditorium creating a sense of intimacy between audience and performer.

The elegant decor of French grey, gold leaf, light timber panelling and plum coloured upholstery provides a sense of occasion, enhanced by the white marble grand staircase that sweeps up from the entry foyer to the three seating level foyers, each with their own bar.

More information on accessibility at our presenting venues can be found by clicking on the image of the venue below.

Pinchgut Opera is committed to making our performances accessible for all Australians.

We present our works in venues that are easily accessed by people with limited mobility and people in wheelchairs. Please contact the venue directly when booking your tickets so that we can best accommodate you.

Our operas feature surtitles in large, easy to read font projected above the action.

Our venues are fitted with hearing loops for patrons with limited hearing.

Accredited assistance dogs are welcome in our venues.

If we can do anything to make your visit to Pinchgut Opera more comfortable, please don’t hesitate to contact us at info@pinchgutopera.com.au 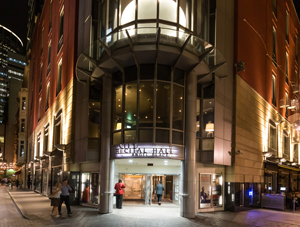 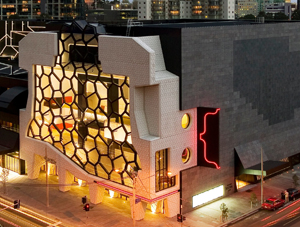