Anthea began her musical life as a violinist and viola player, then after breaking her jaw she started the cello with Janis Laurs at the University of Adelaide. She went on to London, studying at the Guildhall School of Music and Drama with Stefan Popov on modern cello, and Anthony Pleeth on baroque and classical cello.

She is a busy performer on a variety of instruments from modern, baroque and classical cello to viola da gamba and basse de violon. She enjoys the challenges of exploring the different instruments and the changes of nuance and colour they bring to the music.

Anthea has appeared as a soloist on both baroque cello and gamba for the Australian Brandenburg Orchestra, where she has been a regular member since 1998. She has performed as principal cellist for Sydney Philharmonia, Opera Australia, Australian Haydn Ensemble, and Orchestra of the Antipodes for Pinchgut Opera, and the Hobart and Brisbane Baroque Festivals. In addition to her work with many other baroque and classical ensembles, Anthea has toured with Circa as musician for their acclaimed program ‘Il Ritorno’ spanning music from Monteverdi to contemporary compositions, and also premiered ‘Gouttes d’un sang etranger’ for Viola da Gamba and Saxophone by Felicity Wilcox as part of the Vivid Festival. Alongside her performing career, Anthea is currently doing a Masters in Psychology exploring various aspects of the psychology of performance, and mental health in the performing arts.

Anthea plays a Peter Walmsley cello made in London in 1735, and has played in 12 Pinchgut productions so far. 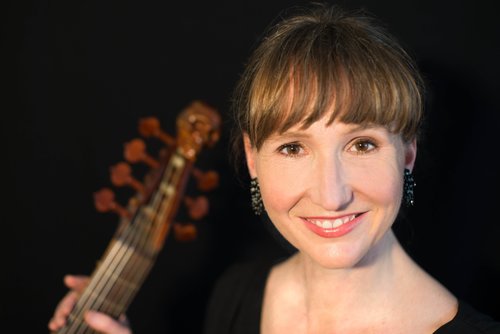