Australian mezzo-soprano Emily Edmonds was a Jette Parker Young Artist at the Royal Opera House, Covent Garden, 2015-2017. She is currently an Associate Artist with Classical Opera Company. In the 2016/17 ROH season, Emily performed the roles of Madrigal Singer (Manon Lescaut), Kate Pinkerton (Madama Butterfly), and Tebaldo (Don Carlo) for the Royal Opera. She also performed the role of Agathe/ Dargelos in Glass' Les Enfants Terribles  for the Royal Ballet, at the Barbican. In 2016/17 she covered the roles of Dorabella (Così fan tutte), Magdalene (Die Meistersinger von Nürnberg), and Emilia (Otello) for the Royal Opera.

Her roles in the 2015/16 season included Aglaea/Atropos/Bacchus (Orpheus) at the Sam Wanamaker Playhouse, Shakespeare’s Globe, and Alms Sister (Suor Angelica), Käthchen (Werther), on the main stage. Emily was also one of the six cast members in the world premiere of Philip Venables’ critically acclaimed new opera 4.48 Psychosis at the Lyric Hammersmith.

Emily holds a First Class Honours degree in Vocal Performance from the Sydney Conservatorium of Music, and trained on the Young Artists Programme at Pacific Opera Company. She was the Dame Nellie Melba Scholar and Patrick & Vivian Gordon awardee for the Melba Opera Trust. In 2015, Emily was awarded an Australia Council for the Arts ArtStart grant, in support of her vocal and language development abroad. She is an awardee of the Australian Music Foundation and the Tait Memorial Trust.

Emily’s theatrical training background is extensive and has involved productions, national touring, and comprehensive acting study with the Australian Theatre for Young People, and the Fresh Ink project.

In July 2015 Emily performed the role of Asteria in Pinchgut Opera’s production of Vivaldi’s Bajazet . In 2014 she sang Elgar’s Sea Pictures with the Sydney Symphony Orchestra, as part of the Discovery Series. She also sang the role of Dritte Magd for the SSO’s concert performance of Strauss’s Elektra . In the 2014 Sydney Festival she performed in the Australian premiere of George Benjamin’s Into the Little Hill  for Sydney Chamber Opera. Roles also include Kate Julian in Britten’s Owen Wingrave, (Sydney Chamber Opera), Cherubino in Le nozze di Figaro  (Opera New England), and Second Lady in Die Zauberflöte  (Pacific Opera).

Future engagements include Emily’s return to Pinchgut Opera, singing Semira in the Australian premiere of Hasse’s Artaserses. She also returns to the Royal Opera House, and makes her debut at the Komische Oper Berlin. Pursing her passion for directing and theatre-making, she will be Assistant Director on the revival of Richard Jones’ Der Rosenkavalier in the 2018 Glyndebourne Festival season.

Emily sang the role of Asteria in our production of Vivaldi's Bajazet in July 2015, and will sing the role of Semira in Hasse's Artaserse in 2018. 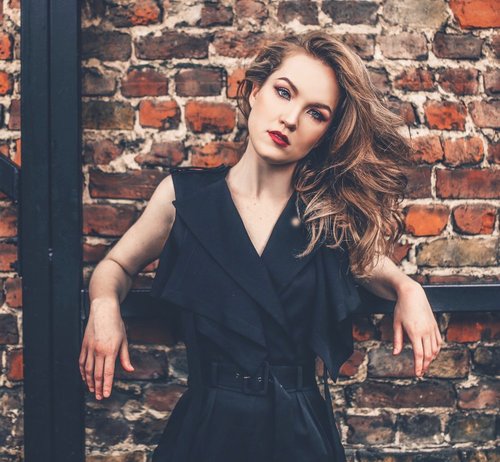