Born in Oporto, Grammy-nominated tenor Fernando Guimarães completed his singing degree at his hometown and went on to win awards in his country’s foremost singing competitions. As the winner of the L’Orfeo International Singing Competition, he sang the leading role of this Monteverdi Opera in Mantova on the 400th birthday of its premiere, portraying it again in the acclaimed new production by Robert Carsen at the Opera de Lausanne in 2016 . In 2013 he was awarded 3rd prize and the special prize of the Theater an der Wien at the Cesti International Competition for Baroque Opera (Innsbruck).

In Portugal, Fernando Guimarães is a regular fixture at the renowned Gulbenkian Foundation and Centro Cultural de Belém, and works frequently with the country’s most important orchestras and foremost early music ensembles, namely Divino Sospiro, Ludovice Ensemble,  and Os Músicos do Tejo.

Recent highlights of Fernando’s flourishing career include: the title role of Orphee in La Descente d’Orphee aux Enfers by Marc-Antoine Charpentier with Les Arts Florissants; an european tour with the role of Noè in the oratorio Il Diluvio Universale by Michelangelo Falvetti (Cappella Mediterranea); the role of Teseo in Cavalli’s opera Elena, for the Festival d’Aix-en-Provence; his debuts at Berlin’s Philharmonie (in a Monteverdi program with the Freiburger Barockorchester) and at the Queen Elizabeth Hall in London, with the Orchestra of the Age of Enlightenment; the role of Fenton in Verdi’s Falstaff with the Gulbenkian Orchestra conducted by Lawrence Foster; and the title role of Monteverdi's L'Orfeo at the Opéra de Lausanne, in a new production by Robert Carsen under the helm of Ottavio Dantone.

His recent performances of Handel solo cantatas in Sydney and Melbourne with the Australian Brandenburg Orchestra were highly acclaimed by both audience and critic, as was his portrayal of the title role in Monteverdi’s Il Ritorno d’Ulisse in Patria with Boston Baroque, the latter earning him two Grammy Award nominations, including Best Opera Recording of 2015.

Fernando will sing the title role in our mid year production of Return of Ulysses in 2019. 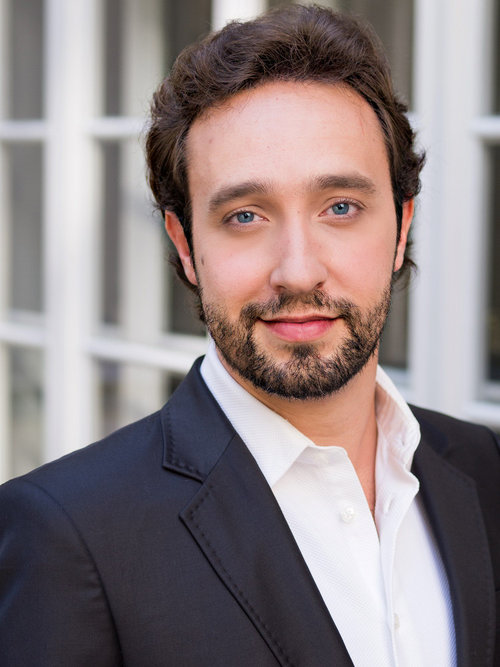