Gabrielle Kancachian is an Australian born violist, who lives and works internationally. She started her career as a violinist, on a full music & academic scholarship to PLC followed by tertiary studies at the VCA and abroad. At the Hochschule für Music und Tanz, Köln she obtained a postgraduate diploma for artistic performance on the violin and, after discovering the viola as her "true voice“, graduated with a diploma for that instrument as well. Her teachers for violin were Professors Helfrid Fister and Igor Ozim, and Professor Karin Wolf and Bruno Giuranna for viola.

Since 2000 Gabrielle has devoted herself to the field of historically informed performance (HIP) and has played with the established and renowned German early music ensembles Freiburg Barock Orchester and Akademie für Alte Musik, Berlin. Residing in Cologne, the hub of Germany’s early music scene, she has often played as guest co-principle and principal viola with Concerto Köln, Kölner Akademie, Capella Augustina, L’Arte del Mondo et al, touring to international music festivals all over the globe. CD recordings in which she has played, have received awards such as the Diapason d’Or, 2010, MIDEM Classic Award and the Echo Klassik. She has most recently collaborated with conductor Kent Nagano and some of the world’s greatest singers such as Cecilia Bartoli, Carolyn Sampson, Andreas Scholl, Philip Jaroussky, Alessandro Corbeli and Carlos Chausson, just to name a few.

HIP opera has become Gabrielle’s speciality and she performs in up to six productions a year, often taking her to historic venues all around Europe such as  Semperoper, Schloss Esterházy, Opéra Royal Château de Versailles, Schlosstheater Sancoussis. She is particularly well-versed in Handel operas which she has played with the Festival Orchester Göttingen in 2006 and the Deutsche Händel Solisten in Karlsruhe every year since 2010. In 2016, she was appointed a permanent member of this festival orchestra.

Since 2016 Gabrielle has been delighted to perform as principal viola in six Pinchgut opera productions and two concert series, and with the Australian Haydn Ensemble and Bach Akademie Australia, enabling her in the role as principal to share her expertise and wealth of international experience. She was also invited to perform with the Australian Romantic & Classical Orchestra and Ironwood Ensemble and in Europe she explores the HIP of late romantic repertoire with Anima Eterna and Concerto Köln as well. On modern viola, Gabrielle has toured with Hannover’s NDR Radiophilharmonie to Japan in 2005 and with the Australian World Orchestra in 2016 and plays regularly with the WDR Funkhausorchester and Kölner Kammerorchester from 1999 until this day.

Since 2017 Gabrielle has been performing as principal viola with Ensemble 1700 at the Internationale Händel Festspiele Göttingen in 2017, Ludwigsburger Schlossfestspiele & Rheingau Musik Festival in 2018, and at the Musikfestspiele Potsdam & Musica Bayreuth in 2019.

Gabrielle plays on a viola from the luthier Jakob Weiss, made in 1720 in Salzburg, and has played in six Pinchgut productions thus far. 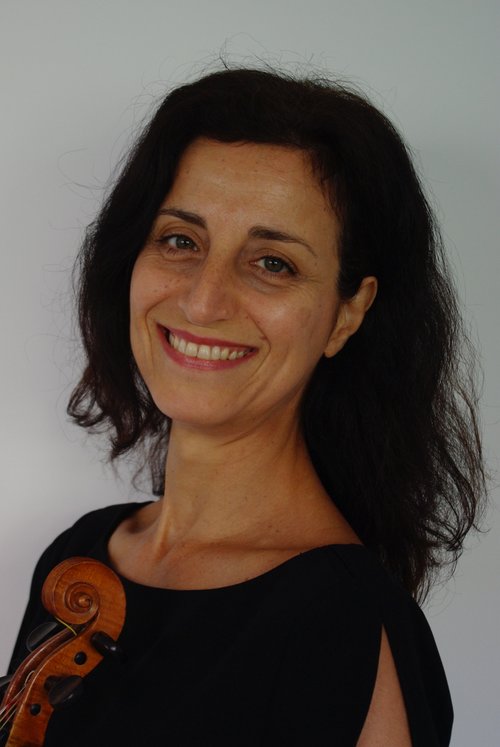