Gabrieli is on the cusp between the older Renaissance styles and the Baroque. The change in his music after the publication of Monteverdi's Quinto libro di madrigali shows a move towards the Baroque.

Little is known of his early life. He probably studied initially with his uncle, the composer Andrea Gabrieli, who was employed at St Mark's Basilica. Giovanni also went to Munich to study with the renowned Orlando de Lassus at the court of Duke Albert V; most likely he stayed there until about 1579.

By 1584, he was organist at St Mark's Basilica. In 1586, following his uncle's death, he took the post of principal composer as well. Gabrieli's career rose further when he took the additional post of organist at the Scuola Grande di San Rocco, another post he retained for his entire life.

Like composers before and after him, he would use the unusual layout of St Mark's Basilica, with its two choir lofts facing each other, to create striking spatial effects. Adrian Willaert is said to have developed the Venetian polychoral style from the earlier practice of antiphonal psalm singing and the antiphonal singing of plain chant. The acoustics were and are such in the church that instruments, correctly positioned, could be heard with perfect clarity at distant points. Thus instrumentation which looks strange on paper, for instance a single string player set against a large group of brass instruments, can be made to sound, in San Marco, in perfect balance. To get the best out of the acoustics, Gabrielli became one of the first composers to specify precise dynamics for his pieces.

Many of Gabrieli's motets and other religious choral works are written for two or four choirs, divided into a dozen or more separate parts. Gabrieli also became one of the first composers to write choral works including parts for instrumental ensembles; the motet In ecclesiis, as an example, calls for two choirs, soloists, organ, brass, and strings.

Gabrieli composed many purely instrumental works in forms such as the canzoni and ricercari, which had become increasingly popular in the sixteenth century. Several of these were published with some of his choral music in the collection Sacrae symphoniae (1597). This publication was very popular all over Europe and attracted for Gabrieli a number of prominent pupils, the best known of which were Heinrich Schütz and Michael Praetorius. These helped to spread his techniques to Germany.

More of Gabrieli's instrumental pieces were published posthumously in Canzoni e sonate (1615). Some of these works were particularly innovative: the Sonata pian e forte was one of the first documented compositions to employ dynamic markings, and the Sonata per tre violini was one of the first to use a basso continuo, anticipating the later trio sonata. His instrumental works are now seen as the culmination of the development of instrumental music in the sixteenth century.

Gabrieli died in Venice in 1612 as a result of complications from a kidney stone. 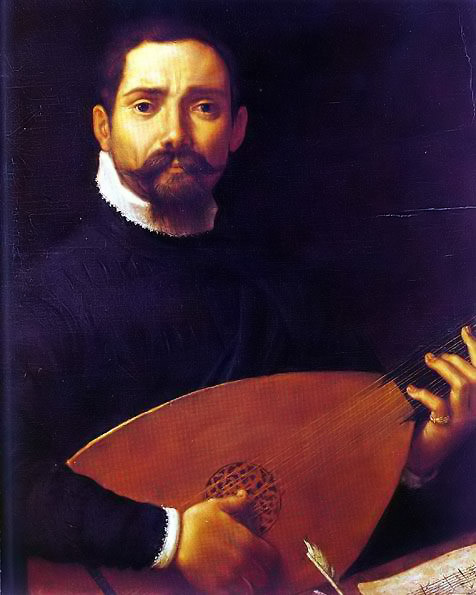