Soprano Jacqueline Porter holds an honours degree in Music Performance and a Bachelor of Arts (Italian) from the University of Melbourne and was the recipient of the 2010 Dame Nellie Melba Opera Trust Scholarship.

Equally at home on the operatic stage and the concert platform,Jacqueline has performed principal roles for Victorian Opera and State Opera South Australia and appears regularly as a soloist with the major orchestras and choral societies in Australia. She has worked with celebrated conductors including Sir Neville Marriner, Vladimir Ashkenazy and Oleg Caetani and her recitals and concerts are frequently broadcast on ABC Classic FM.

Her career highlights include Grieg’s Peer Gynt, and Prokofiev’s Ugly Duckling (Sydney Symphony Orchestra, also released on CD), Villa Lobos’Bachianas Brasileiras no. 5 with renowned cellist Jian Wang and the cellists of the Sydney Symphony, Rachmaninoff’s The Bells and a Mozart and Haydn concert tour with Melbourne Symphony Orchestra, Last Night of the Proms with Tasmanian Symphony Orchestra, an Adelaide Symphony Orchestra New Years’ Eve broadcast, Gretel in Hansel and Gretel (State Opera South Australia), Opera in the Vineyard with David Hobson, a recital of Schumann Lieder for ABC radio and a performance at the Melbourne Town Hall with German organist, Joachim Neugart, featuring 20th Century works for soprano and organ.

2014 engagements include Mozart Exsultate Jubilate and Haydn Harmoniemesse for the Organs of the Ballarat Goldfields Festival, Bach St Matthew Passion with the Melbourne Bach Choir, recitals with Caroline Almonte and the Australian String Quartet for the Dunkeld Festival of Music, the roles of L’Euridice and La Tragedia in Peri’s L’Euridice for the Woodend Winter Arts Festival, Cleopatra in Alexander Balus with Canberra Choral Society, Tavener’s Song of the Angel with the Tasmanian Symphony Orchestra for the Dark MOFO Festival and  ‘A Night at the Opera’ recital for the Scotch Arts Visiting Performer Series with pianist, Amir Farid.

Jacqueline sang the role of Isabelle in our production of Grétry's L'Amant Jaloux in December 2015. 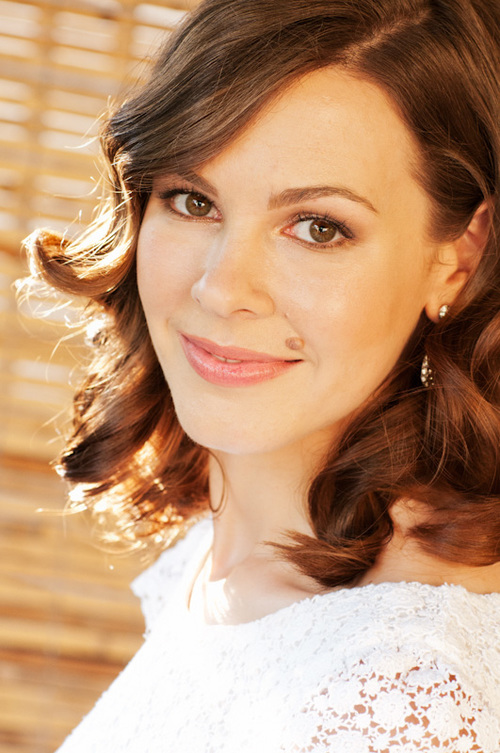