Boston-based Australian soprano Jane Sheldon has been singing professionally since the age of 15, specialising in early music and contemporary chamber music. Since training with Gondwana Voices and the Sydney Children’s Choir, Jane has gone on to appear as a guest artist with the London Philharmonic Orchestra, Sydney Symphony, The Song Company, Halcyon, Synergy Percussion, Sydney Philharmonia Choirs and the Australian Brandenburg Orchestra.

Jane’s first solo album, Song of the Angel, was released by ABC Classics in 2002 and she has continued to work for the label as a solo artist, appearing on Swooning, Miserere and Prayer for Peace. She is also a guest artist on Teddy Tahu Rhodes’ ariaAward-winning album The Voice. A track from her 2004 ABC  Classics recording of Elena Kats-Chernin’s Wild Swans, made with Ola Rudner and the Tasmanian Symphony Orchestra, reached no. 1 on the iTunes classical music charts in 2007; the same recording was featured in John Galliano’s Spring 2009 Ready-to-Wear show. Jane’s voice has also been featured in Bangarra Dance Theatre’s acclaimed 2004 production, Clan, and in Christopher Gordon’s Golden Globe-nominated soundtrack for On the Beach.

This year she recorded a second solo disc for ABC Classics, of recent Australian compositions for soprano and chamber ensemble. She also gave performances in the USA, Canada and Australia of The Origin Cycle, a work developed in collaboration with philosopher of science Peter Godfrey-Smith, for which they commissioned eight Australian composers to set texts by Charles Darwin.

Jane has appeared in past Pinchgut Opera productions as a chorus member with Cantillation. Nerillo is her rst role with the company.

This bio taken from the last program in which Jane appeared. 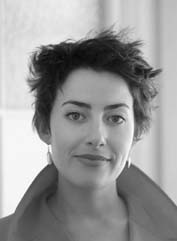