At NIDA (National Institute of Dramatic Art) Mark is Executive Director Pathways and Partnerships. He is a member of the Executive Team, and responsible for the diplomas of Musical Theatre, Stage and Screen Performance, Screen and Media, and Live Production and Technical Services.

A graduate of the University of Queensland and NIDA, Mark has directed plays, musicals and operas for some of Australia's leading performing arts organisations including Sydney Theatre Company, Belvoir Street Theatre and Opera Australia. For three years he was Director/CEO of ATYP (Australian Theatre for Young People).

Mark’s productions as a director include – for ATYP: Wedekind’s Spring Awakening, Brecht’s The Caucasian Chalk Circle, the Shakespeare plays The Tempest and Romeo and Juliet and the premiere production of Michael Gow’s All Stops Out, which toured to the UK; for Opera Australia: the Australian premiere production of Alban Berg’s Lulu and Verdi's Simon Boccanegra; for Sydney Theatre Company: Rainer Werner Fassbinder’s The Bitter Tears of Petra von Kant and Tony Harrison’s The Trackers of Oxyrhynchus; for Belvoir Street Theatre: Drums of Thunder by Martin Buzacott and the Indonesian musical Cockroach Opera, a co-production with the Aboriginal & Islander Dance Theatre.

For NIDA, Mark directed second and third year acting students in Brecht’s Baal /Drums in the Night /In the Jungle of the Cities, Louis Nowra’s The Watchtower, Shakespeare's As You Like It and Martin Crimp’s The Treatment.

For three years, Mark worked in the UK and Germany for The Really Useful Group and was responsible for the German and Australian premieres of the Andrew Lloyd Webber musical Sunset Boulevard. For Hothouse Theatre in Albury-Wodonga, Mark wrote and directed Such a Storm, based on Mahler’s song cycle Kindertotenlieder. Mark directed three separate live productions, with Australian and UK casts, for television’s Hi-5 which toured nationally, and to Malaysia, Singapore, New Zealand and the UK, and he directed a staging of Bach’s Coffee Cantata for the inaugural Brisbane Baroque. 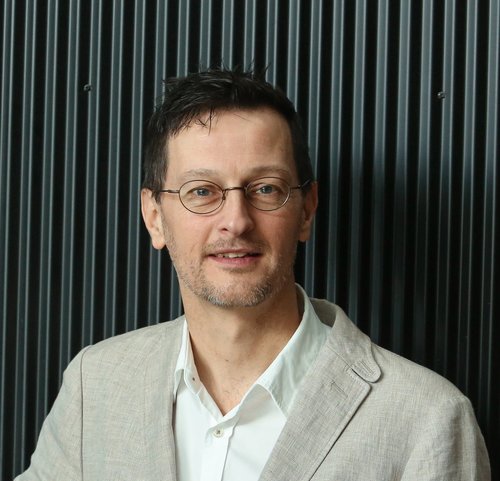