Matthew Greco graduated from the The Royale Conservatoire of The Hague, The Netherlands in 2013 and since then has continued to nurture his love of the Baroque and Classical violin through his employment as a soloist, concert master and core member of some of the world’s leading period instrument ensembles.

He began studying violin at the age of 12 in Sydney and during his studies with Professor Janet Davies and Neal Peres Da Costa at the Sydney Conservatorium of Music he developed a strong affinity to the baroque violin. He pursued this interest professionally at the age of 19 when he was engaged in Australia’s leading period orchestras the Orchestra of the Antipodes and the Australian Brandenburg Orchestra. After establishing a successful career in Australia he further pursued his passion for historical performance in The Netherlands, studying with Ryo Terakado and Enrico Gatti.

Matthew has been a regular member of Pinchgut Opera since his first production in 2006. He has performed in seventeen operas and has been the concert master for five of those productions. Matthew also enjoys performs in a variety of ensembles and festivals, including the Australian Haydn Ensemble, Salut! Baroque, De Nederlandse Bachvereniging (Netherlands Bach Society), Les Talens Lyriques (Paris), Festival D’Aix en Provence, Opera Nationale de Paris & Capella Mediterranea (Switzerland). He is a founding member of the Sydney based, baroque ensemble The Muffat Collective.

Matthew’s approach to music is one governed by his commitment to producing a unique and individual sound based on his knowledge of historical performance practices. He believes that 17th and 18th century music is full of vitality, energy and emotions that speak to us now, as much as they did in the past.

Matthew plays a David Christian Hopf violin made in Quittenbach, Germany, in 1760 and has played in seventeen productions so far. 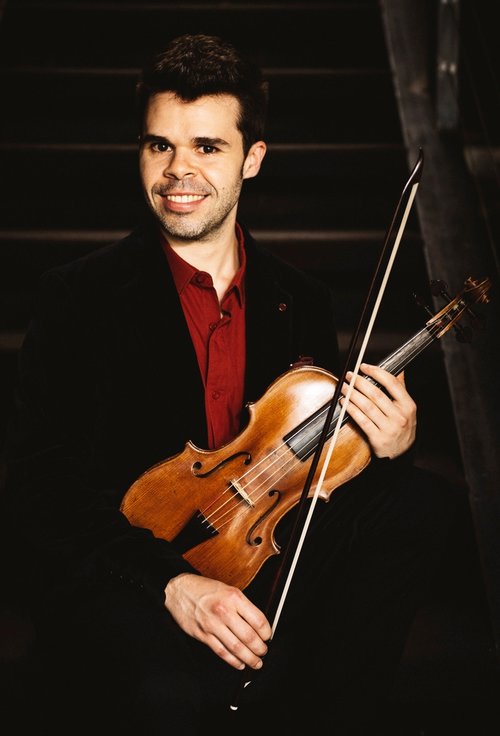