Born into a musical family in Sydney, Australia, Mikaela began her studies on the recorder, flute and piano at an early age. Whilst completing a double degree in Recorder Performance and Music Education at the Sydney Conservatorium she began playing the Baroque flute under the instruction of Melissa Farrow, and was soon captivated by the colourful tonal qualities of historical flutes. She has performed as second flute with the Australian Brandenburg Orchestra during their yearly subscription series’ since 2005, and has also been both flute and recorder soloist on regional and national tours.

Mikaela relocated to Holland in 2010 for postgraduate studies on period flutes with Barthold Kuijken at the Royal Conservatory of The Hague. During this time she performed both in The Netherlands and abroad, including with the Orchestra of the Age of Enlightenment as part of the Anne and Peter Law Experience Program (2013) and with the Orchestra of the Eighteenth Century under the leadership of Frans Bruggen (2014). She was also very fortunate to have the opportunity to learn from from Michael Schmidt-Casdorff, Lisa Beznosiuk, Kate Clark and Wilbert Hazelzet.

Mikaela returned to Australia in 2014 and performs regularly with Sydney based early music ensembles such as Pinchgut Opera, Australian Haydn Ensemble, Bach Akademie Australia, The Muffat Collective, and Salut! Baroque. 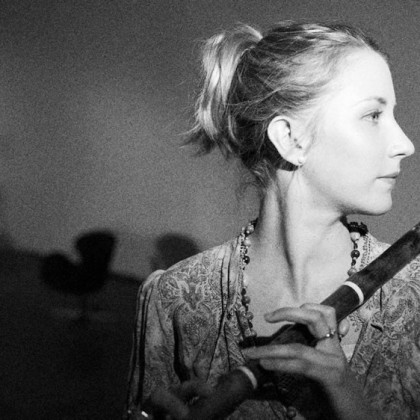