In 2014, Rachelle Durkin sang Adina (L’elisir d’amore) and Norina (Don Pasquale) for Opera Australia and appeared as Lisa (La sonnambula) and Clorinda (Cenerentola) at the Metropolitan Opera, New York. She returns to Opera Australia in 2015 as Adina and appears as Violetta (La traviata) in Forth Worth, Texas. Rachelle also joins international bass-baritone Bryn Terfel at the annual Leeuwin Estate Gala Concert.

After winning the 2001 Metropolitan Opera National Council Auditions, Rachelle joined the Metropolitan Opera's Lindeman Young Artists Development Program. She made her Metropolitan Opera debut as the First Handmaiden in Sly; other early roles at the Met included Clorinda in Cenerentola, Young Girl and Naked Virgin in Moses und Aaron, Barena in Jenufa, Teresa in Benvenuto Cellini, Masha in Pique Dame, Elvira in L'italiana in Algeri and First Flower Maiden in Parsifal - which she performed at the Salzburg Festival as part of the Met tour with Maestro Levine.

Rachelle is also a distinguished oratorio artist with repertoire ranging from the early works of Handel, Bach, Mozart and Beethoven to the more recent works of Bernstein, Gershwin and Sondheim. She has appeared with the Metropolitan Opera Orchestra, the New Choral Society of Central Westchester, Auckland Philharmonia, Hong Kong Philharmonic Orchestra and the Sydney, Melbourne, Adelaide, Queensland, Tasmanian and West Australian Symphony Orchestras. She sang Cunegonde in Candide with the Bellingham Festival of Music and made her Carnegie Hall debut as the soprano soloist in Handel's Messiah.

Most recently, she has sung Gilda in Spain and Adelaide, Konstanze in Hawaii, Lucia for Chautauqua Opera, the title role in Alcina in Sydney and Melbourne, Angelica (Orlando), Donna Anna, Countess Almaviva, Tytania, Fiordiligi, Eurydice and Violetta in Sydney, Amina, Musetta, the Four Heroines (The Tales of Hoffmann) and Kumudha (A Flowering Tree) in Perth and has appeared at the Metropolitan Opera as Norina, Frasquita and Miss Schlesen in Satyagraha.

Rachelle sang the role of Armida in our production of Haydn's Armida in June 2016. 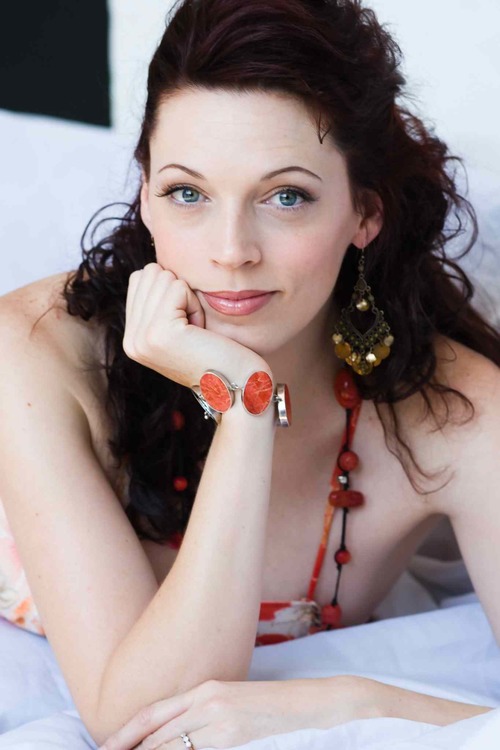