Russell Harcourt graduated with a Bachelor of Music from the Sydney Conservatorium of Music in 2007 and an MA in Opera Performance (Distinction) from the Royal Academy of Music in 2010.

Russell studied part-time at the National Opera Studio in 2010/11 and was an Associate of the Jette Parker Young Artists' Programme Royal Opera House Covent Garden since 2008. In August 2016 he was made an Alumnus of the Jette Parker Young Artists' Programme. He has performed in masterclasses for Emma Kirkby, Michael Chance, Andreas Scholl and Rosalind Plowright and is an alumnus of the Britten-Pears Young Artist Programme. Russell currently studies with Yvonne Kenny.

Russell made his operatic début in 2007 as Oberon in A Midsummer Night’s Dream at the Western Australian Academy of Performing Arts (WAAPA). He made his Australian concert début in 2009 as a guest artist at the Australian Festival of Chamber Music, and his Royal Opera House début in the Crush Room in the Deloitte Ignite 2010 series.

Russell’s recent engagements include covering the role of David in Handel’s Saul for Glyndebourne Touring Opera, the roles of Pisandro Return of Ulysses for Iford Arts Festival under Christian Curnyn, Countertenor 1 (cover) Gospel According to the Other Mary for ENO, Hunahpú (cover) Indian Queen for ENO, Narciso in Agrippina (Handel), and covering the title role in Jason (Cavalli) as well as a concert tour of works by Vivaldi, all for English Touring Opera, a return to Opera Australia to cover the role of Armindo Partenope, soloist in Vanguard with the Australian Ballet and soloist in Messiah under Richard Gill with the New Zealand Symphony Orchestra in Wellington. In 2015 Russell returned to Pinchgut Opera to perform the role of Andronicus in Vivaldi’s Bajazet.

Russell’s 2016/2017 engagements include Schnittke Faust Cantata, Gospel According to the other Mary (Adams) at Bonn Opera, and recitals with the Lithuanian National Philharmonic, and Bach B minor mass with Florilegium. For Brisbane Baroque he appeared in the role of Nerone in the Australian Premiere of the Gottingen International Handel Festival’s production of Agrippina (for which he received a Helpmann Award nomination as Best Male Performer in a Supporting Role in opera) and in concert in The Art of the Counter Tenor. He also stepped in to perform the title role in Oreste (Handel) for the Royal Opera House, Covent Garden at Wilton's Music Hall. 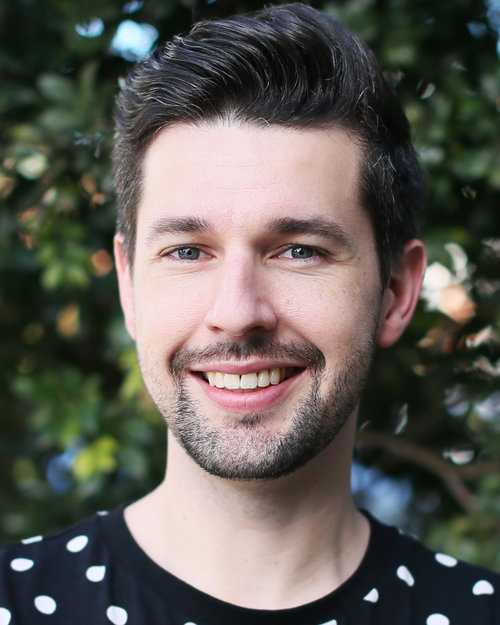