Australian violinist Simone Slattery is one of the country’s most versatile young musicians and performers, with a passion for music from a wide range of eras. Her performances nationally and internationally, on both modern and baroque violin, have received critical acclaim. Simone has appeared as soloist, recitalist and chamber musician throughout Australia and overseas, and performs with ensembles including L’Arpeggiata, the Bachvereniging, the Australian Brandenburg Orchestra, the Melbourne Chamber Orchestra, the Orchestra of the Antipodes, the Australian Haydn Ensemble, Ironwood Ensemble, and the Adelaide Symphony Orchestra.

Simone began her formal violin studies at the University of Adelaide Elder Conservatorium of Music, before moving to Melbourne to study at the prestigious Australian National Academy of Music. She has received training in Australia, the USA, Canada and Europe, and has been a past Banff Centre Creative Resident and Britten-Pears Emerging Artist. She is the recipient of awards from the Ian Potter Cultural Trust, the Thomas Elder Overseas Fund, the Australian String Quartet and the Elder Conservatorium of Music. Simone is an Australian Post-graduate Award recipient, undertaking PhD studies at the University of Adelaide, where she is creating editions and recordings of the little known violin works of Ernest Bloch.

Simone plays a Claude Pierray violin made in Paris in 1726 has played in two productions so far. 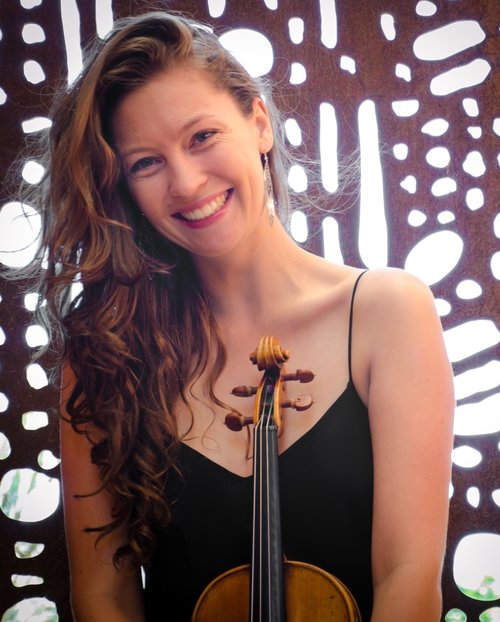