Skye McIntosh is the founder, Artistic Director and a Principal Violin of the Australian Haydn Ensemble and a sought after specialist of baroque and classical period violin throughout Australia.

She has performed regularly with Pinchgut Opera (Orchestra of the Antipodes) over the past five years, and has been principal second violin with The Australian Classical and Romantic Orchestra as well as a regular member of The Australian Brandenburg Orchestra for over seven years.

Skye completed a Master of Music degree on full scholarship, specialising in baroque and classical violin performance, at the Sydney Conservatorium in 2011, under the tutelage of Rachael Beesley and Julia Fredersdorff. Whilst at the Sydney Conservatorium she frequently appeared as leader and soloist of the Early Music Ensemble, was a winner of the Conservatorium’s concerto prize, and joined EME on a tour of Italy, Holland and the UK in 2011. Skye also participated in the Ironwood Developing Artists program.

Skye began tertiary studies at the Queensland Conservatorium of Music with Carmel Kaine in 1999. After being awarded a Bachelor of Music in Performance with First Class Honors, Skye travelled to the UK in 2004 to continue her studies as a ‘Year In’ student at The Royal Academy of Music, London, with Professor Howard Davis on modern violin. She also commenced studies on baroque violin with Simon Standage.During this time, she performed with many modern and period orchestras and ensembles, including The Royal Academy Baroque and Classical period instrument orchestras and modern orchestras, as well as the Britten Pears Symphony and Baroque Orchestras. She was also a full-time member of Southbank Sinfonia, London’s leading orchestral program for young professionals. As well as performing throughout the UK in many festivals such as The London Handel Festival, The Aldeburgh Festival, The Dartington Festival, The York Trust Festival and the Three Choirs Festival.

Skye has played in nine Pinchgut productions so far, and plays a Joseph Panormo violin made in London in 1820. 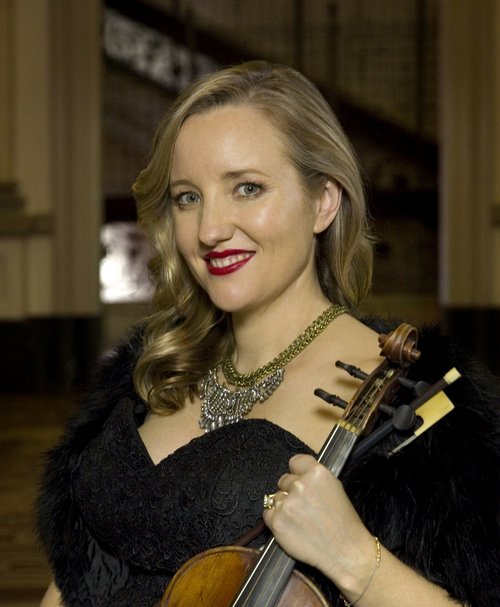