The baroque musette was a diminutive, bellows-blown bagpipe associated with the French aristocracy from around 1550 until the French Revolution. Although rarely seen in early music performances today, the baroque musette was wildly popular in its day. Paintings by Watteau and Lancret frequently feature a musette playing in the background. Composers such as Rameau, Leclair and Marais called for one or more musettes in their opera orchestras, and a significant amount of chamber music for musette survives today, attesting to its popularity with amateur musicians. It was considered the only woodwind instrument fit for ladies to play, since, being bellows blown, they did not need to do something unattractive with their mouth in order to play it.

The musette was the most sophisticated bagpipe of its day. It is unique among bagpipes in that it is reeded entirely with double reeds, like those of an oboe or bassoon (most other bagpipes have single reeds, like those of a clarinet, in their drones). In fact, the tiny musette has more double reeds in it than an entire symphony orchestra; five or six in the drones, and one in each of the two chanters, all concealed inside the wooden stocks tied into the leather bag.

The musette’s two chanters allow it to play harmonies with itself. Each chanter is furnished with six keys, making this instrument fully chromatic. The defining feature of the musette is its specialised shuttle drone, which consists of a cylinder drilled with 13 or more narrow cylindrical tubes, joined at the ends to form a number of continuous bores, each fitted with its own reed, and tuned by means of sliders on the sides of the drone.

As well as being actual ‘instruments’, musettes also served as status symbols for their wealthy owners. The chanters and drones of musettes were made of ivory and ebony, the keywork was silver, and the leather bag was covered in plush silken velvet, decorated with gold and silver lace. It was not uncommon for aristocrats to have their portraits painted playing their musette, decorated to match their elaborate costume. Little wonder, then, that this instrument completely disappeared after the French Revolution. Not only did their aristocratic owners have their heads removed, but the arrival of a new musical language - the classical style - left this tiny, quiet bagpipe unable to compete.

This will be the first opportunity Australian audiences have had to hear this exquisite instrument live. 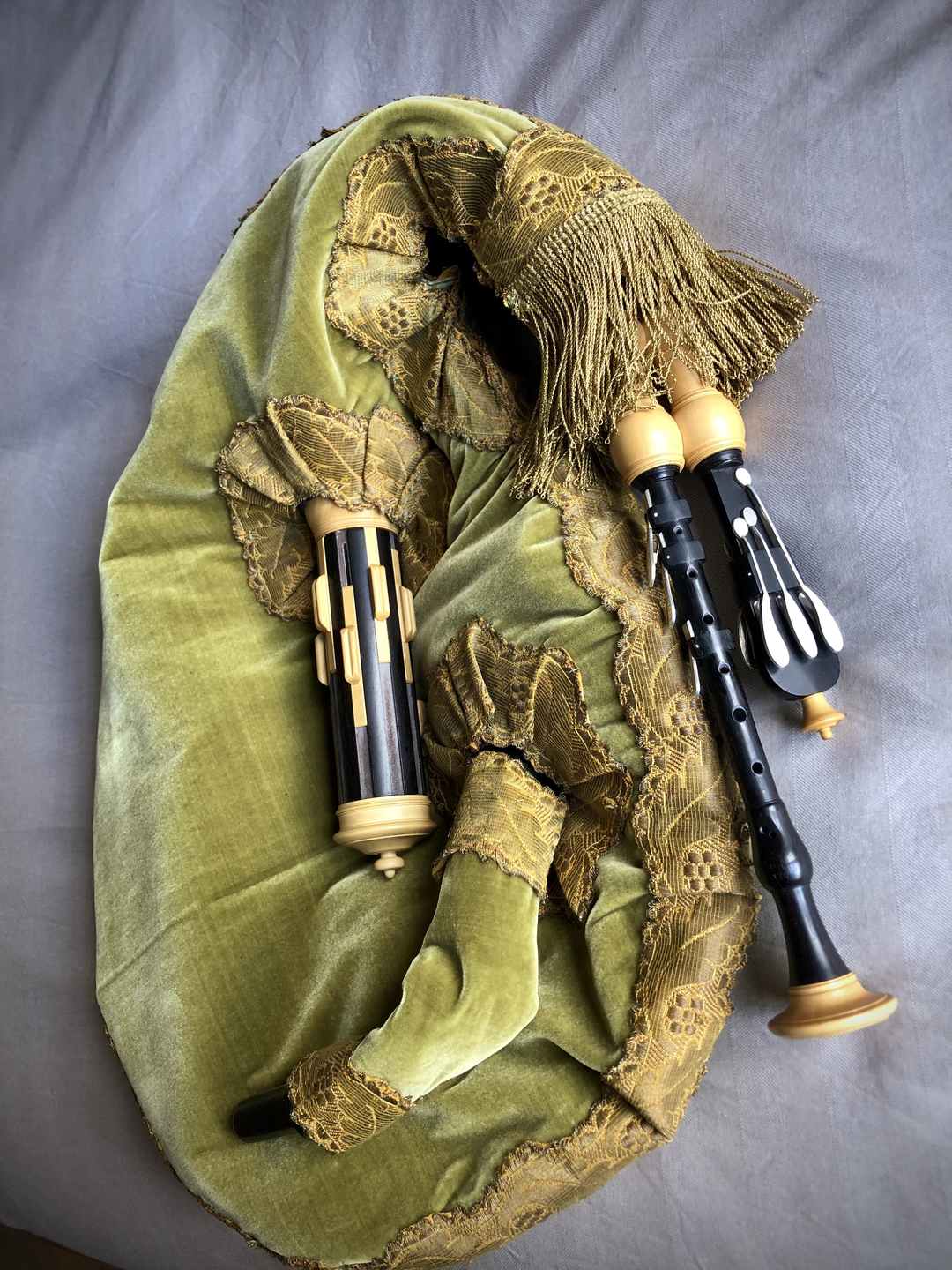