He is author of the ground-breaking work: ‘The Singing and Acting Handbook’ (Routledge London and New York), which is used worldwide in the education of opera and musical theatre students. He is also a regular guest director and lecturer at conservatories of music including: The Guildhall School of Music and Drama London (La Calisto, Albert Herring, Rinaldo, L’Étoile), University of Cincinnati College-Conservatory of Music (Pelléas et Melisands, Hansel and Gretel, The Rape of Lucretia, The Medium, La Finta Semplice), The Royal Academy of Music London, The Royal Irish Academy of Music Dublin (Semele, The Marriage of Figaro), The University of Western Australia and The Western Australian Academy of Performing Arts.

In the past ten years he has served as Visiting Professor of Opera at the prestigious University of Cincinnati College-Conservatory of Music and until recently Artistic Director, Wexford Opera House with responsibility for creating a cohesive artistic vision for Ireland’s first, purpose-built state of the art opera house.

Born in the UK, he graduated with a BA and MA from St. Edmund Hall, Oxford University where he read Philosophy and Modern Languages. He is currently living in Perth, Western Australia.

Thomas will direct our production of Vivaldi's Bajazet in July 2015. 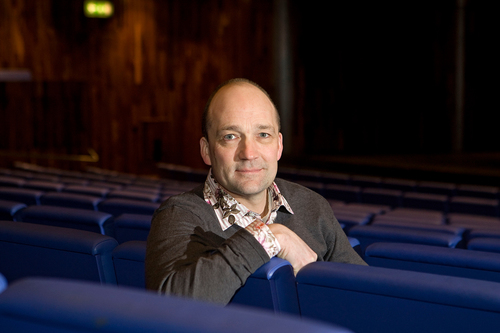