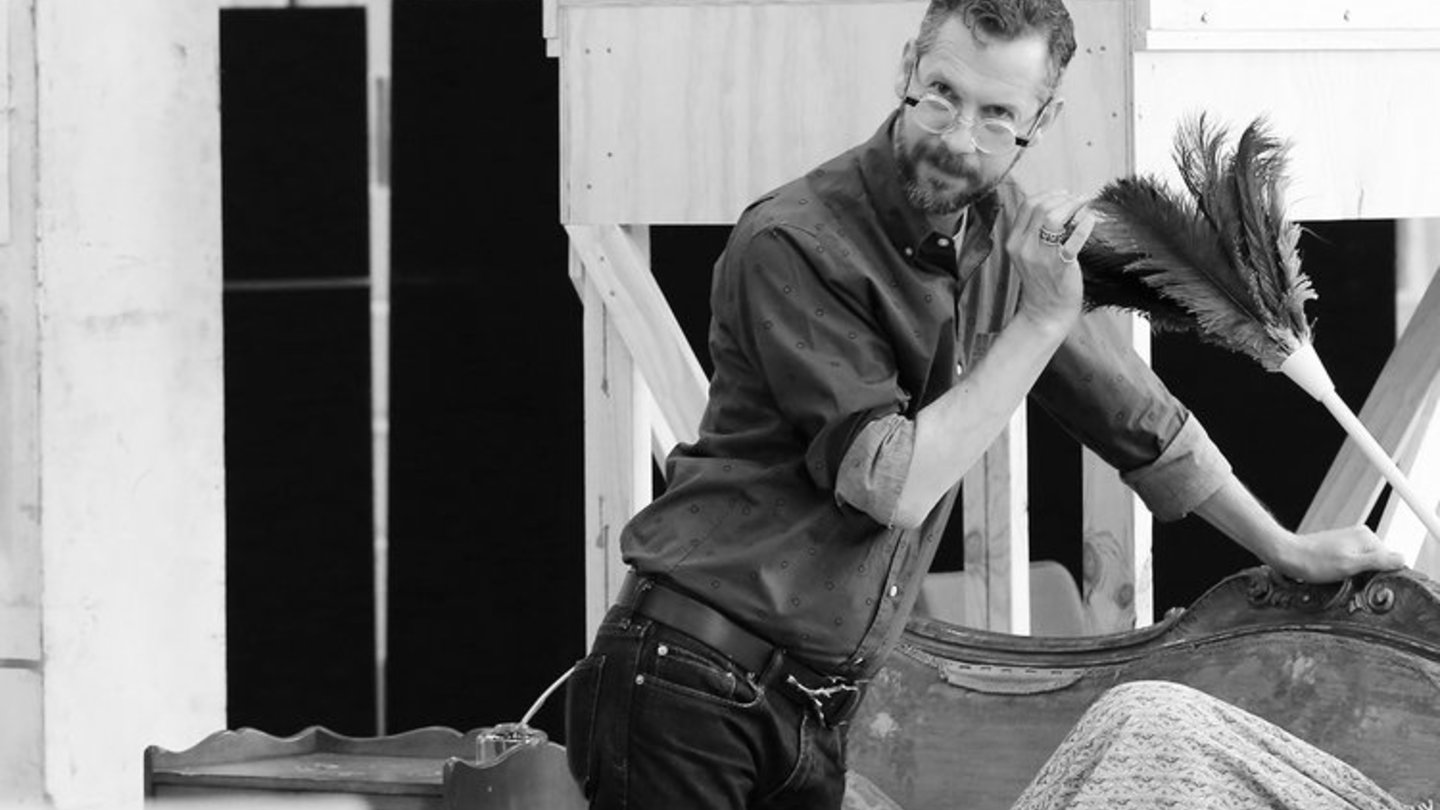 Chas Rader-Shieber is a Pinchgut stalwart, back to direct Vivica Genaux in Hasse’s Artaserse. Candice Docker sat down with him to discuss his craft, career and what makes this piece so quintessentially baroque.

You’ve worked with Pinchgut three times already, and it’s quite a long way to travel. What inspires you to brave the commute?

This is my fourth Pinchgut show and then I’m coming back in May for number five (David & Jonathan (2008), Giasone (2013), L'Amant Jaloux (2015), Hasse's Artaserse (2018) and The Return of Ulysses in 2019). I come here for a number of reasons. I like to work, I enjoy my job, and sometimes even more important is the environment in which I work, and this is really a favourite company of mine.

I love the idea of the company, I like the people who make it happen, I like the sensibility of it. Pinchgut is a company which is about ‘yes’ first. It has a great love of and belief in its mission, which is very rare. Plus, it’s Sydney! It’s my favourite city. The people are the sweetest people I’ve ever encountered anywhere, and it’s gorgeous, there’s great cultural life, it’s a great food town, it’s great for walking, it’s just a great city.

After working with the artists for a week now, has anything surprised you about the production?

Working on a production is always surprising. You can think about it for many months or years as you plan a production, and then you get to that last intense part of the process, rehearsing with singers in those weeks before a production, that’s really the tiniest portion, percentage wise, of the making of an opera production.

Everything that happens that you didn’t think was going to happen is a big surprise in comparison and those are the surprises you want- the things that you didn’t think of that someone else does that makes things better. To that effect I am completely dependent on casting. I can only do a portion of the production- it’s a group effort. It’s a been a lot of ‘just me’ for a long time and now is time for it to be ‘me with other people’, and that’s the delicious part.

Is this process of collaboration unique to your directing style?

I don’t spend a lot of time sitting in on others directors work, but I would say that the art form requires collaboration. Not even a benevolent dictatorship, it just can’t be a dictatorship. Although that does happen, even with collaboration there are moments of that, I try to avoid that as much as I can.

In the beginning, someone says ‘Hey, do you want to direct this opera?’ It’s one person alone in a room with a score, sometimes a recording if you’re lucky, just studying and seeing if that’s a piece that intrigues you, if that’s a piece you have something to say about. And then you add in the person whose taking charge of the musical side of things. That’s not my business, but it’s my business to collaborate with the person and, you know, I adore Erin, and we’ve worked together many times and so together we start to talk about the production. Now there’s two people. Opera company administration is then involved, and we’re writing contracts, casting, but the big growth of collaborators happens in that rehearsal period- Where all the people I’ve been dealing with join with the people who’ve been studying on their own, hoping to collaborate.

You can study a scene all you want by yourself then all of a sudden you’re in a room with the other person who you’ve been having this imaginary conversation with for weeks, months or years, and then there you are, the servant with a million masters. Singers are amazing like that.

You’ve directed a range of operas, from La Traviata to The Coronation of Poppea, but baroque opera is a bit of a specialty of yours. Are there any challenges unique to the form?

I’m not 100% sure I made it a personal specialty, it just kind of happened, and I’m really happy about it. Early in my career I started doing a lot of baroque opera. It has kind of stopped me from doing other things sometimes- people don’t want to see me doing things beyond that repertoire, but I’ve pushed through that a little bit.

What’s special about baroque opera? A million things. I am drawn to the idea of structure- they are heavily but beautifully structured pieces. Sometimes I feel you can’t push at the envelope unless you have an envelope, and there’s a very specific envelope that baroque opera presents to you. Aria form, a specific style of recitative, those things are set and they are about offering limits to the creative mind.

Limits beg to have pressure put upon them. You can’t look at a wall without wanting to manipulate it, push at it, climb over it or knock it over in some way, and that process is just joyous for me. If you know you’re going to have a da capo aria, trying to figure out how to move through it have it not stop the action but forward the action, trying to change the nature of how we hear one structure over and over again in the course of an evening, so that the audience should never feel the sameness of structure, that’s the challenge. It should be inspiring to know that you’re hearing a structure you’ve heard before but in a different way, and then in a different way again. That’s the fun bit and the challenging bit. 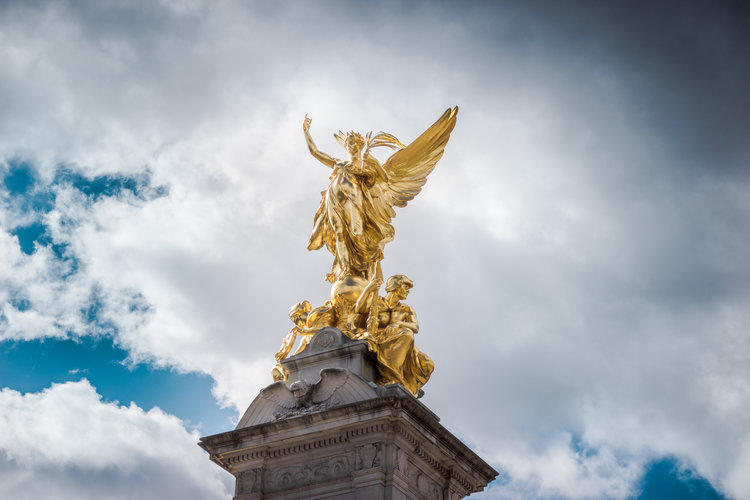 Artaserse is a story about royals and nobility. What is there in this story for a modern, Sydney audience?

Especially in baroque operas, the themes are so spectacularly clear. There’s a limited set of ideas at work, especially when you get to the 18th century pieces. You’re dealing with the struggle of the age of reason, to figure out ‘how do we temper emotion?’, and ‘how do we tame nature?’ and ‘how do we find balance?’, and balance, and balance. That is our enlightenment, is to find that balance. It’s an ongoing activity, we do it every day.

When we end up in a problem with somebody, if someone is getting off the subway as you’re getting on, the animal in us wants to just push them or hit them. Sometimes, you have a bad day or you’re frustrated, one wants to act out because we’re animals, but we don’t because we’re a specific kind of animal. I don’t mean to simplify the age of enlightenment to learning not to push someone on the subway, but I do think that that part of us that is animal in nature that is based on survival.

We temper those things and we call it society and mores and ethics, and that is a noble and wonderful thing that we do. We struggle every day to embrace that. These characters would love nothing more than to take one another out when they present with a problem. In fact, this all starts when one of them decides to do that, and it’s a horror that he does it. The ramifications of that are huge in this piece. It’s a perfect example of a baroque opera and what baroque opera has to tell us now.