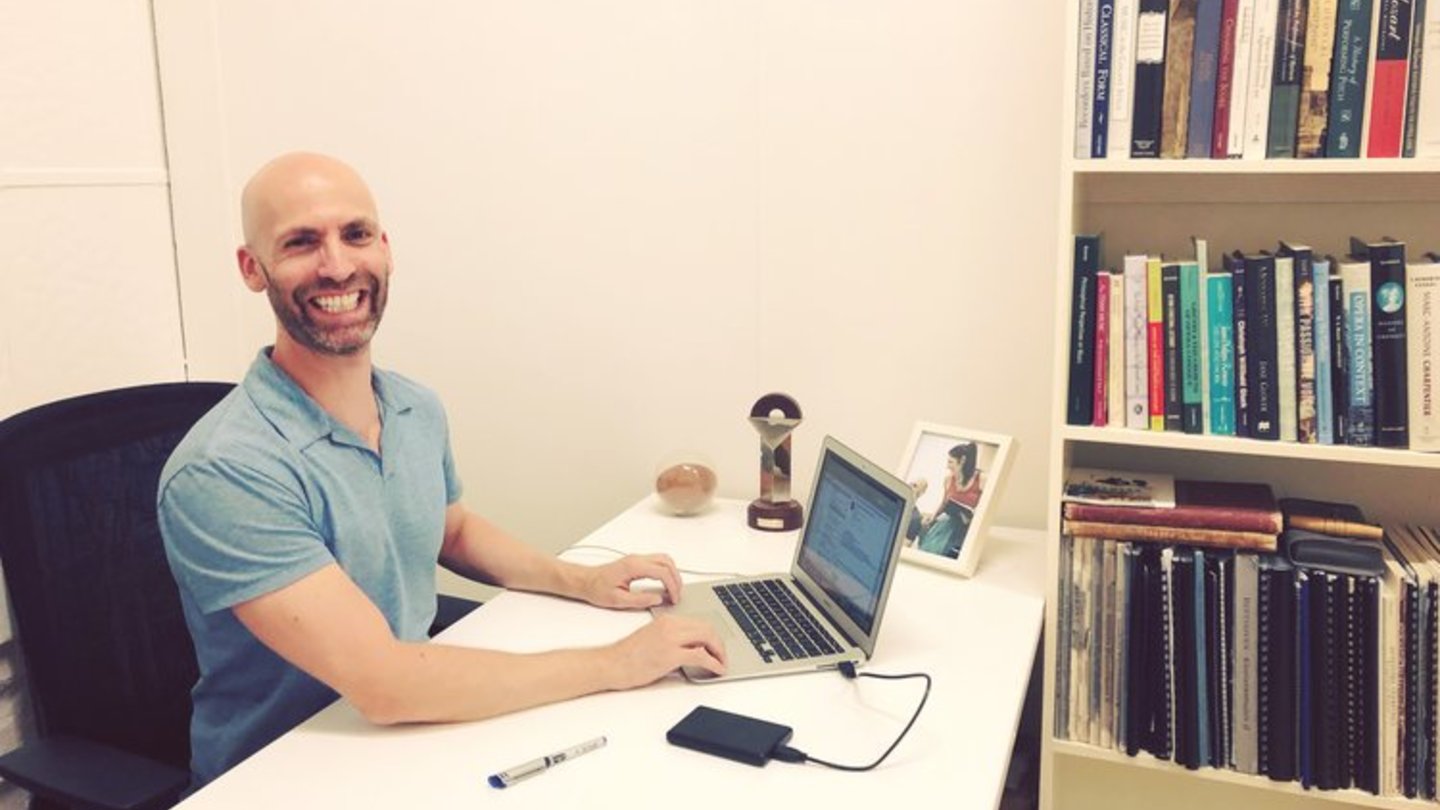 A note from Erin Helyard

I’m delighted to announce that I’m a Sydney-sider again, returning to this beautiful city to live after a 16-years absence. I’m back to take on a more dedicated role as Artistic Director here at Pinchgut Opera and in fact I am typing this now in my newly renovated office here at our spaces at The Opera Centre.

I have been a full-time academic for the last seven years and I’ve lived in three cities. After completing my PhD in Montreal I moved to Wellington, and then to Canberra, and finally to Melbourne. It has been unexpectedly emotional for me to now return to the city that I last left as a resident when I was 25 years old. Although I have enjoyed my time in the university sector, it feels incredibly liberating to be pursuing my dreams now as a fully-fledged creative spirit in artistic leadership of a company that is going from strength to strength.

Our next project brings us into new territory. Soon we explore two of my favourite baroque works: Telemann’s Thunder Ode and Bach’s Easter Oratorio. Both of these celebratory works are scored for exactly the same festive orchestration and we are additionally presenting the works in the format that Bach and Telemann originally heard them in: one-to-a-part.

Telemann was one of the most innovative and imaginative composers of his generation. I remember a professor of mine once referring to him as a “staubsauger” of styles—this is my favourite German word: dust-sucker or vacuum cleaner. He was famously inspired by folk music: “I once heard 36 bagpipes and 8 Polish violins playing together,” he wrote. “It is impossible to imagine the fantastic musical ideas they presented between dances when the dancers rested and the musicians improvised music together to fill out the time. Anyone who paid very close attention could pick up in 8 days sufficient musical ideas to last a lifetime. In short, in this music there is much that is good if you know how to work this material properly.”

Telemann’s Thunder Ode was written in the same year as the great Lisbon Earthquake, a terrifying catastrophe that shook Europe to its core. Rather than responding with a work of lamentation, Telemann’s work is rather a hymn to the awe-inspiring forces of nature.

Unlike its counterpart the Christmas Oratorio, Bach’s Easter Oratorio has no narrator. But four characters are assigned to the four voice parts: Simon Peter (tenor) and John the Apostle (bass), appear in the first duet hurrying to Jesus' grave and finding it empty, meeting there Mary Magdalene (alto) and "the other Mary" (soprano). This work has one of my favourite slumber arias of the 18th century: “Sanfte soll mein Todeskummer.”

I’m thrilled to be back in bustling Sydney with its beaches and fine weather and I’m excited to be nearer my friends, my family, and my dear colleagues at Pinchgut and in the wider music community. Say hello if you see me around!