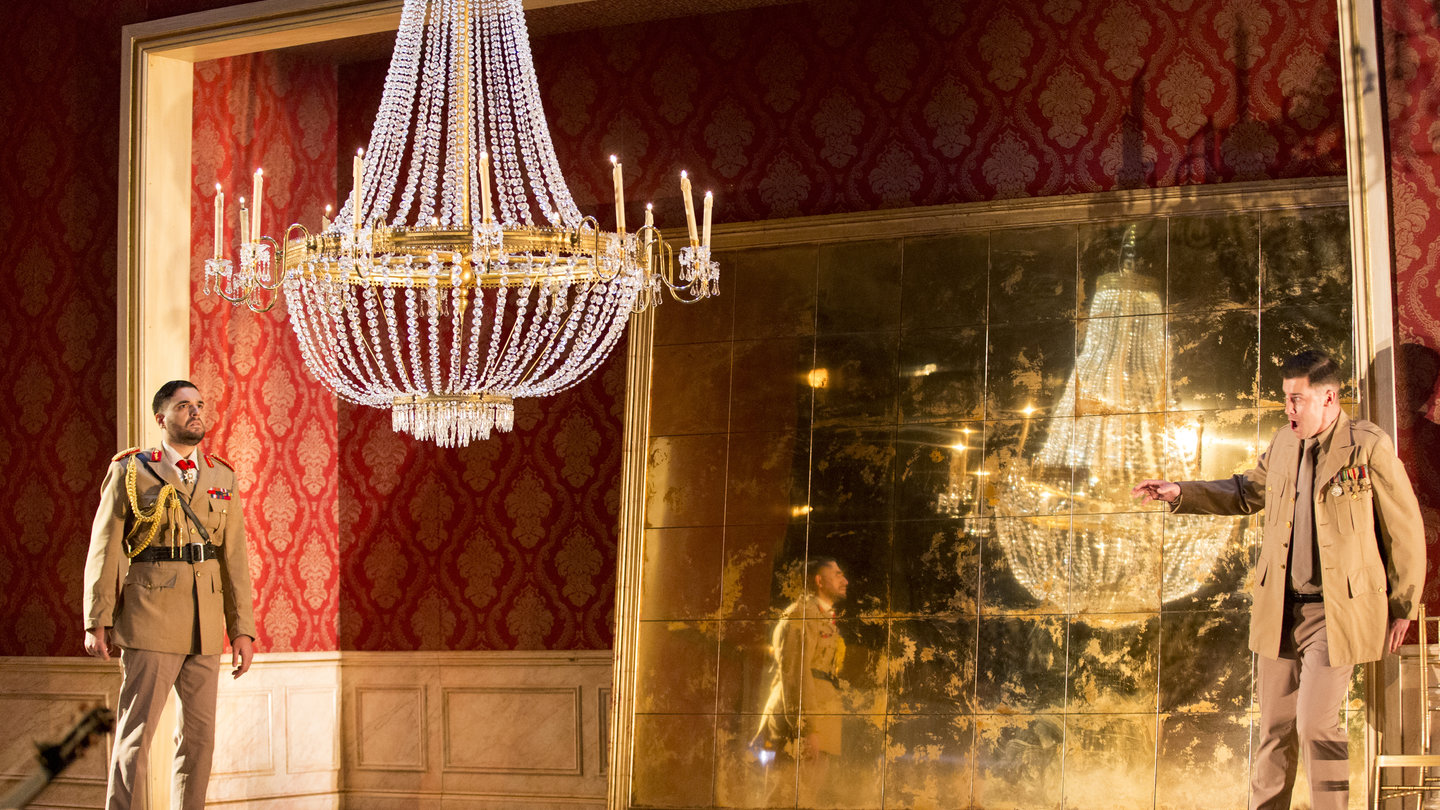 This is my first blog about beautiful things in opera.

I want to talk about a highly regarded scene in 18C opera and speak a little about why it was so powerful.

I think it has to do with hope, which we all need right now.

The scene comes at the end of Act II of Hasse's setting of Metastasio's "Artaserse". This was first produced in Venice in 1730 and in 2018 Pinchgut Opera produced the Dresden 1740 version. The scene is a soliloquy for Artabano, the father of the hero, Arbace. Rousseau, who loved all things Italian, described this scene in 1753:

"a despairing father [Artabano] imagines he sees the ghost of a son [Arbace] whom he has unjustly put to death upbraid him with his cruelty."

The scene is in two parts: an accompanied recitative and an aria. Here is the first part (translation by Natalie Shea @ABCClassic ). And here is Carlo Vistoli @CarloVistoli and the Orchestra of the Antipodes, with me at the first harpsichord. Listen to it on Spotify here.

The interesting thing about this text is that it isn't by Metastasio. Apparently it was added at the request of the first Artabano, Nicola Grimaldi. The text is violent and horrific. In many respects it is anti-Metastasian, as it has many elements of fantasy and gore. You can hear the groans and sighs of the condemned son, even the head rolling off the executioner's block. For the tears of the father, torn by guilt, Hasse uses pizzicato and the texture almost completely evaporates. He then mutes the strings for the aria to follow. Carlo and I used some 18C techniques in this recitative. One is tempo rubato, where the singer and the orchestra are expressively and purposely dislocated "in order to give emphasis, energy, by pathos, to particular words" (Corri, 1779). Here's the aria: "Pallido il sole". (By the way, you'll also hear a distinctly Dresden instrument in the orchestra: a gallichon, or bass lute, tracking the bass line). (open.spotify.com/track/5vvM3ogD…)

The strings are muted, which befits the imagery of the pale sun. The strings are agitated and throbbing and the bass line is made out of the traditional descending lament chromatic tetrachord. It is in E-flat major, which Mattheson thought was "pathetic, serious, and plaintive."

Charles de Brosses, a great 18C opera connoisseur, knew two settings of "Artaserse". One by Vinci, the other by Hasse (who he calls "le Sassone"). He thought it "the most beautiful" of all the arias he had copied for his personal playlist. 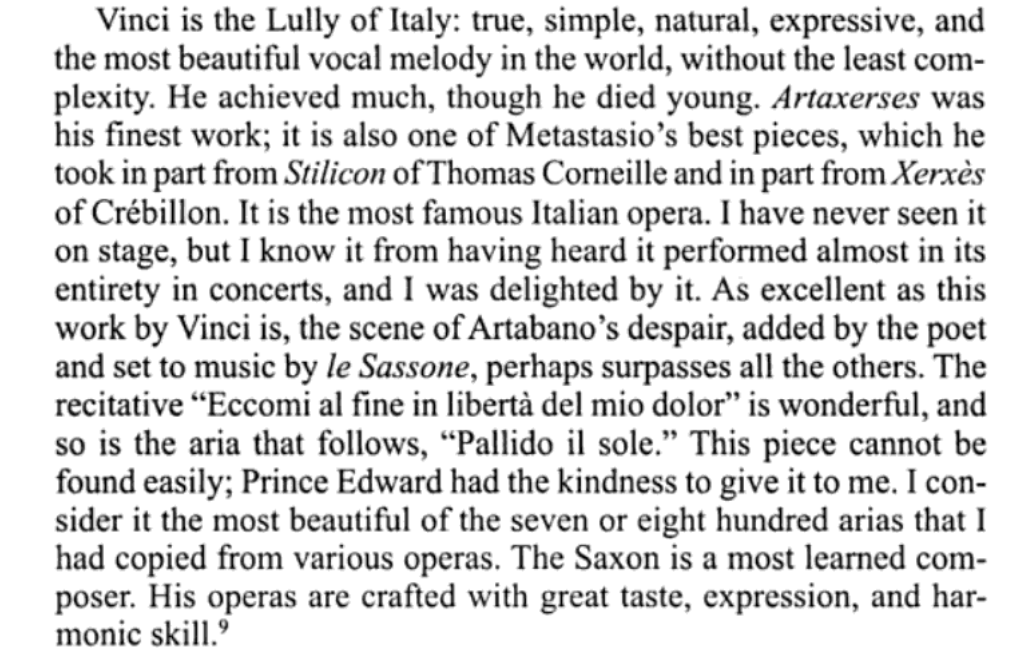 Even though the aria's text is so despairing, I think Hasse sets it with a faint background of hope: Artabano can still save Arbace. The voice, which comes in gasps, slowly finds line and arc. The more I listen to this scene, the more I consider it to be one of the greats.

Philip V desired that Farinelli, in his retirement, sing “Pallido il sole” every night in private concert for almost a decade. Philip V felt that it eased his great depression and melancholy. Hopefully it will give you some solace, just as it did for Philip V.