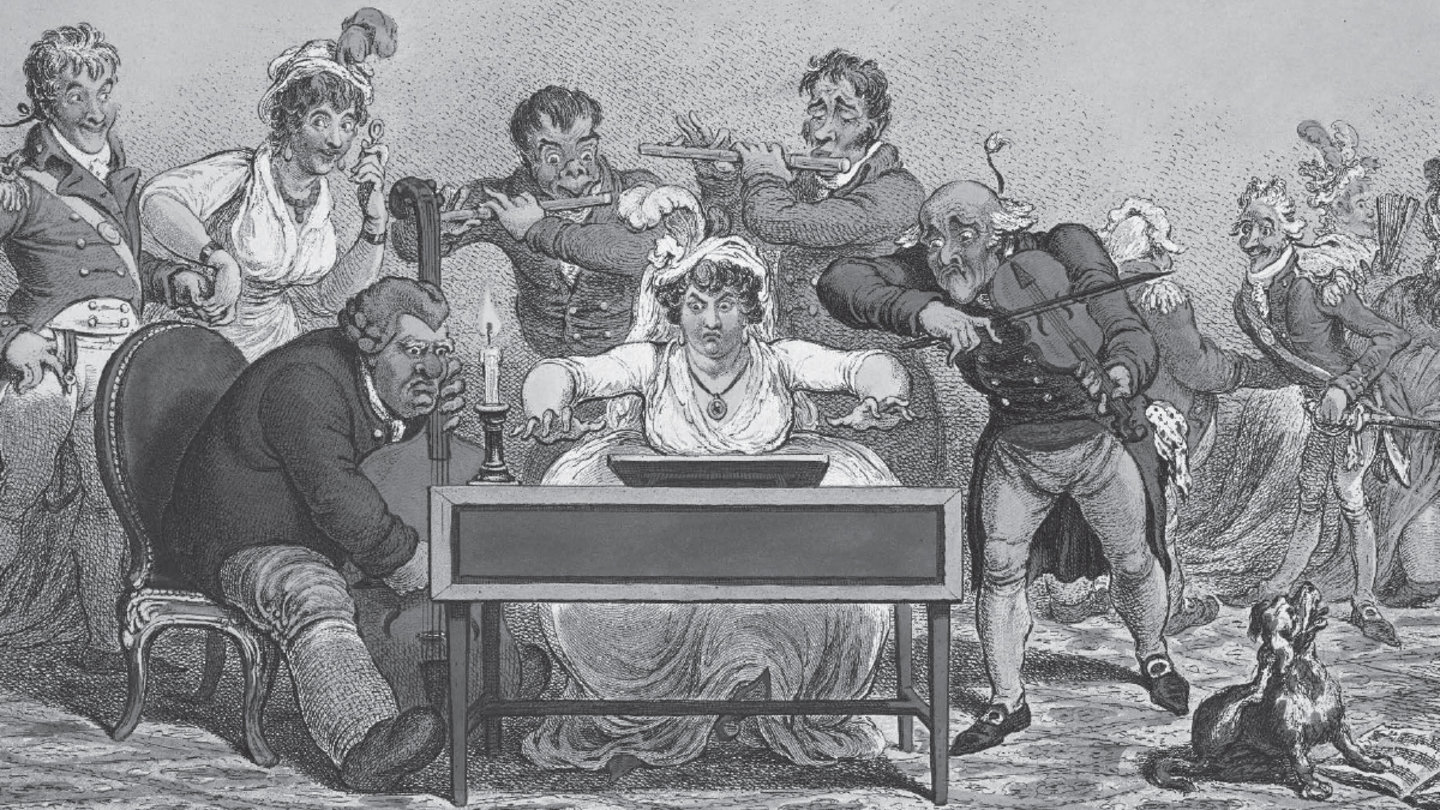 'Clementi and the woman at the piano' by Erin Helyard

I’M THRILLED TO ANNOUNCE THAT I’VE PUBLISHED A BOOK WITH OXFORD UNIVERSITY STUDIES IN ENLIGHTENMENT.

It isn’t about opera (although the main protagonist started his career in opera) but rather about another passion of mine: the rise of female pianism in the eighteenth century. If you’ve ever read a Jane Austen novel, you might remember that women at the time were encouraged to learn to play the keyboard as a “accomplishment”—something that was counted alongside things like needlepoint and French as a way to catch a roving suitor’s eye. Much keyboard music was therefore quite simple, pleasant, and easy-to-play. Difficult music, which required practice, was disdained as unnecessary and pretentious and—for some religious-minded writers—dangerous. An Italian virtuoso keyboardist called Clementi changes all of this. He arrives in London in the 1770s and immediately publishes music that is virtuosic, flashy, and thrilling. Despite all the controversies, it becomes a best-seller and Clementi soon went on to become one of the great success stories of the international music scene.

My book is about Clementi and the rise of female pianism, and along the way I talk about Mozart, Beethoven, the rise of the piano, the rise of the so-called “work-concept”, and huge shifts that occurred in Enlightenment to Romantic music culture, and Clementi’s influence on those changes. You can also listen to some beautiful recordings I made with Melissa Farrow (baroque flute) of some of Clementi’s music, on beautifully restored instruments by Carey Beebe, on a companion website.

We acknowledge the traditional owners of the land on which we work and perform:
the Gadigal people of the Eora nation –
the first storytellers and singers of songs.
We pay our respects to their elders, past, present and emerging.