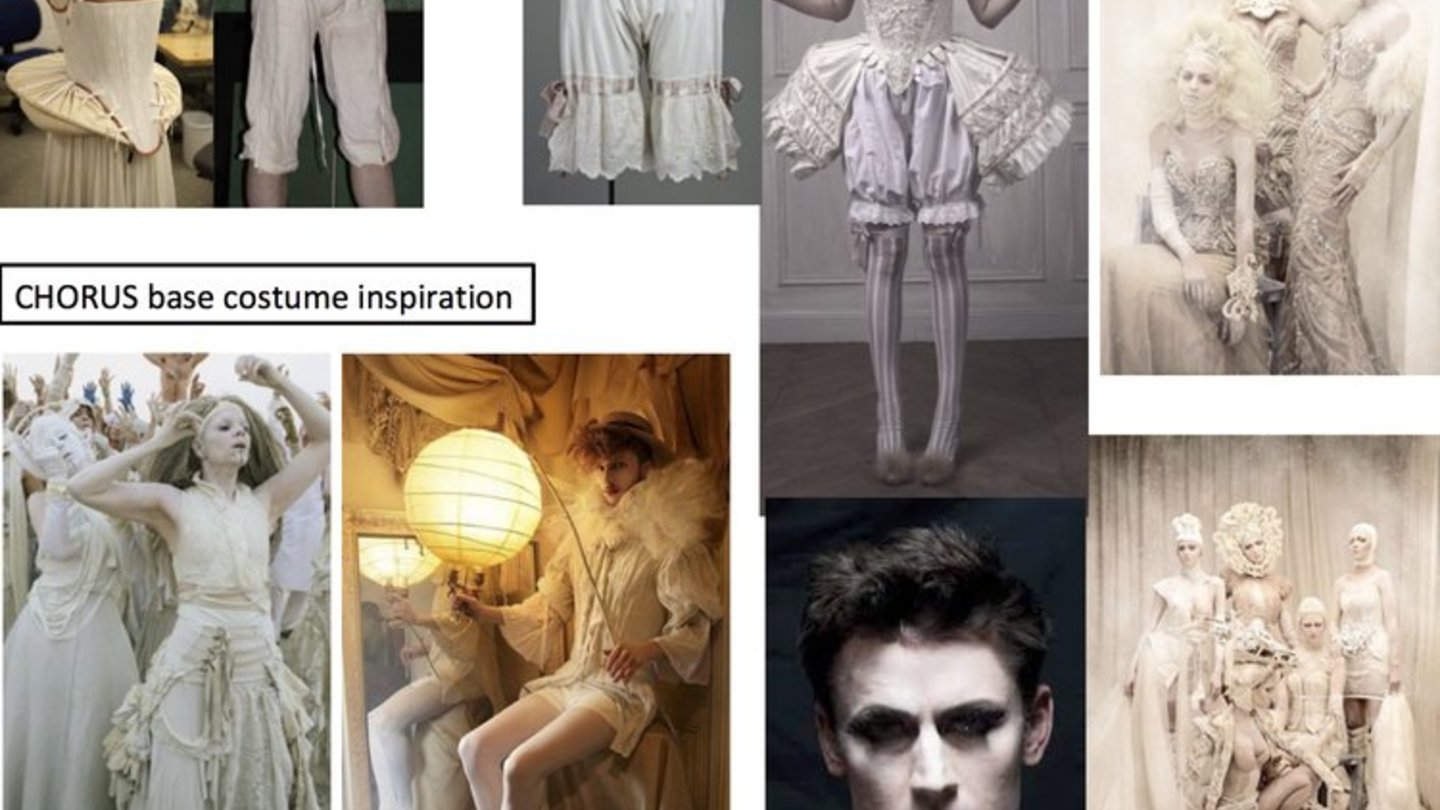 Design Inspiration - The Return of Ulysses

The Return of Ulysses is the story of one man’s journey to reclaim his home, and a cast of characters desperate to outrun mortality. For the character of Ulysses, home is a sensation, a moment in time, a memory as well as a specific place. It’s an epic physical journey of one man, but one that is made of many emotional vignettes.

A feeling of anticipation is at the heart of this opera, and we play into that with our setting and staging. The setting transcends time and space, holding the performers in a time bubble, or in air. We want an equal feeling of reality and unreality. This is a story about people, and we will be playing with the theatrically of humans, rather than special effects. We’ll be exposing everything, playing with the notion that people and props can be one thing in the hands of one person and someone/something else in the hands of another. A table is a table until it’s a chariot, until it’s a boat.

The Return of Ulysses is an exposition of the human heart with all its faults and triumphs. The humanity of the story is asking to be told in a simple and direct way enfolding the audience in the journey. It is a powerful and emotional journey and we can’t wait to share it with you.

Below: Costume inspiration and sketches by Melanie Liertz