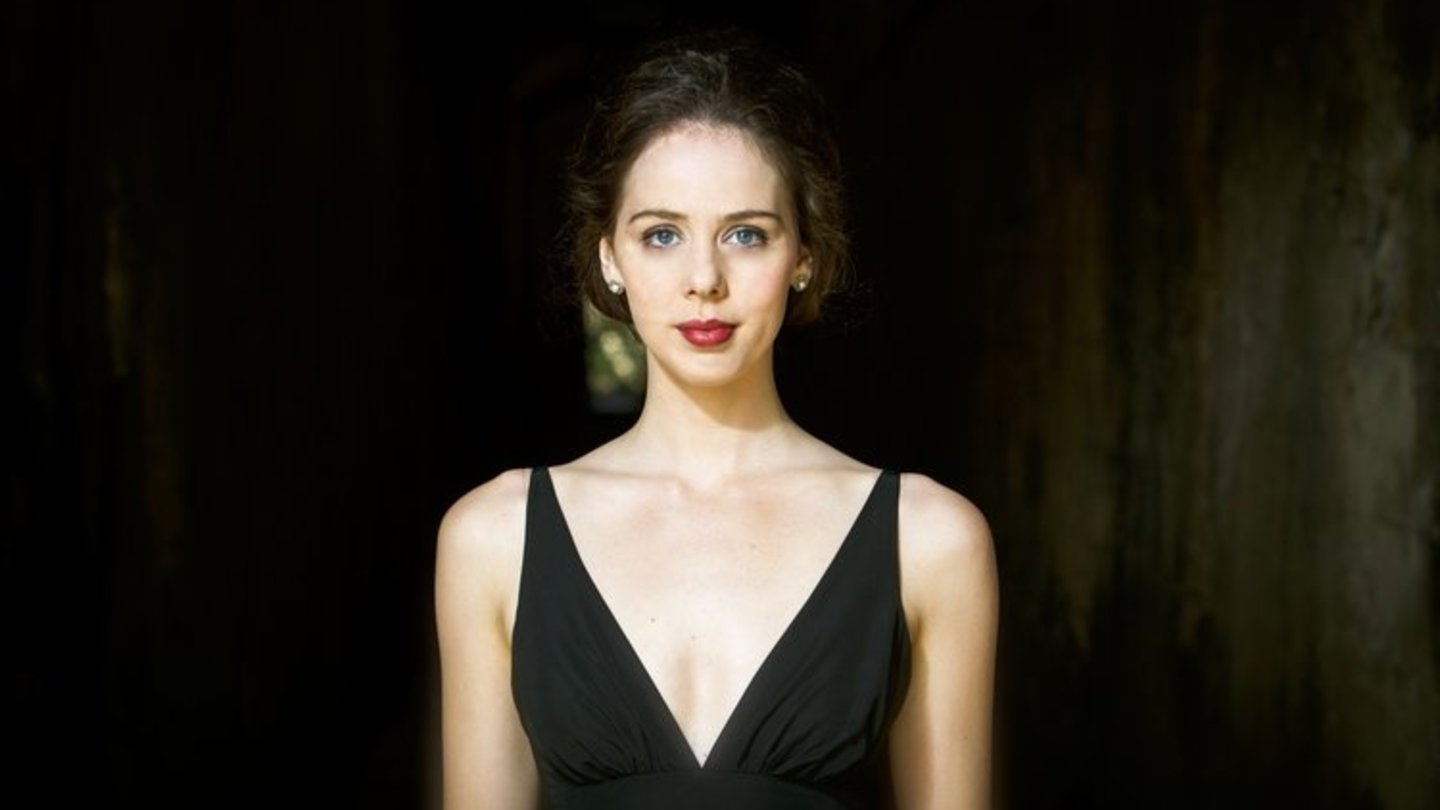 Anna Dowsley will feature in our upcoming Bach and Telemann concert, playing in both Sydney and Melbourne. We sat down with Anna for five minutes to catch up on her life in the opera world so far and what’s to come.

On early introductions to the world of music…

Anna’s introduction to classical music first began at the age of four when she started playing piano. A primarily solitary pursuit, she sought something a little more social and so decided to audition for her school’s choir. Anna recalls the first time she performed with the choir, “The first time I went on stage it was like when you put on a glove and it’s just like ‘oh. That really fits.’ I just remember feeling that this wasn’t so much easy, as just ‘right’, and that this was my way of finally expressing myself. When you don’t have public speaking and you don’t have writing to express yourself, you have music. “

On making the switch to Opera…

As a result of her enjoyment of choir, Anna decided to pursue music at University. She thought that combining something more ‘useful’ like a history degree with her music degree would put her in better stead for the future, although she quickly dropped down to just a single major- music.

“I ended up just dropping down to a music degree, and the love of opera came from there. I had a great teacher and tutors, including some people from Opera Australia, and past great singers. I saw my first Opera at 17 and I still wasn’t like ‘yes! This is what I want to do’ but it was a growing fascination with the art form... Opera has all the things! The language, the acting, the costumes and the history lesson that you get and such great literature and poetry. It’s just the ultimate combination of art forms. And then I came into my early twenties and thought ‘okay… let’s give this a crack’.”

Anna recalls the formative conversations had between herself and the teaching staff and mentors around her. “There was lots of encouragement, and reality chats as well, people coming in to say ‘it’s unlikely you’ll get a career out of this’, but I remember the best advice we got was from Cheryl Barker saying ‘just remember this feeling of how much you love it’ because times will get tough and things will get hard but you just need to remember this feeling. And it’s so true. I remember the first time I sung for an audience, I remember that feeling. A lot can get in the way when it’s not just a passion, but a career, so you’ve got to remember that childhood love, and take it with you.”

On the distinct challenges of this repertoire…

For Anna, the main challenge with singing oratorio or in concert is the lack of a distinct character. “In this circumstance, the challenge is that it’s not opera itself. There’s no distinct character, you don’t have that escapism that I love when you’re onstage. Obviously, you have the words and the text that take you to that other place, but it’s different.”

The music of the baroque also presents a unique challenge for a singer well-versed in twentieth century opera “Especially with Bach, it’s very intricate music but I love it, I’m really drawn to it. I’ve got a maths brain and it can be quite mathematical in a way and you sort of have to learn it in that intricate rhythmic way.”

On working with Pinchgut again…

Anna stepped in during the early stages of the Artaserse rehearsal period to set scenes for Mandane, the role then played by Vivica Genaux. Of her time working with the team, Anna says that she “had a great time with Pinchgut last year. It was the perfect introduction to a company I’ve wanted to work with for years. I’ve always seen productions and thought ‘wow they do such interesting stuff’. They were all very warm, both the administrative staff and Erin, and Chas the Director. It was a great introduction in that I wasn’t thrown into the deep end. It was a nice warming up- I got to do rehearsals and then to meet Vivica!”

On where she’d be if she weren’t a singer…

Anna reflects on her time as a student fondly, and supposes she would end up back there if she could no longer be a professional singer. “If I completely decided the world on stage wasn’t for me anymore I’d probably go and be a student again because I do like studying. That’s the best part of this career, every day you’re learning something new, you’ve got a thousand new scores to learn at one time. So I’d be a student, I’m just not sure what of. Definitely not science- probably to my parent’s dismay. Just be a student! Do a PhD and see from there. Who knows?”