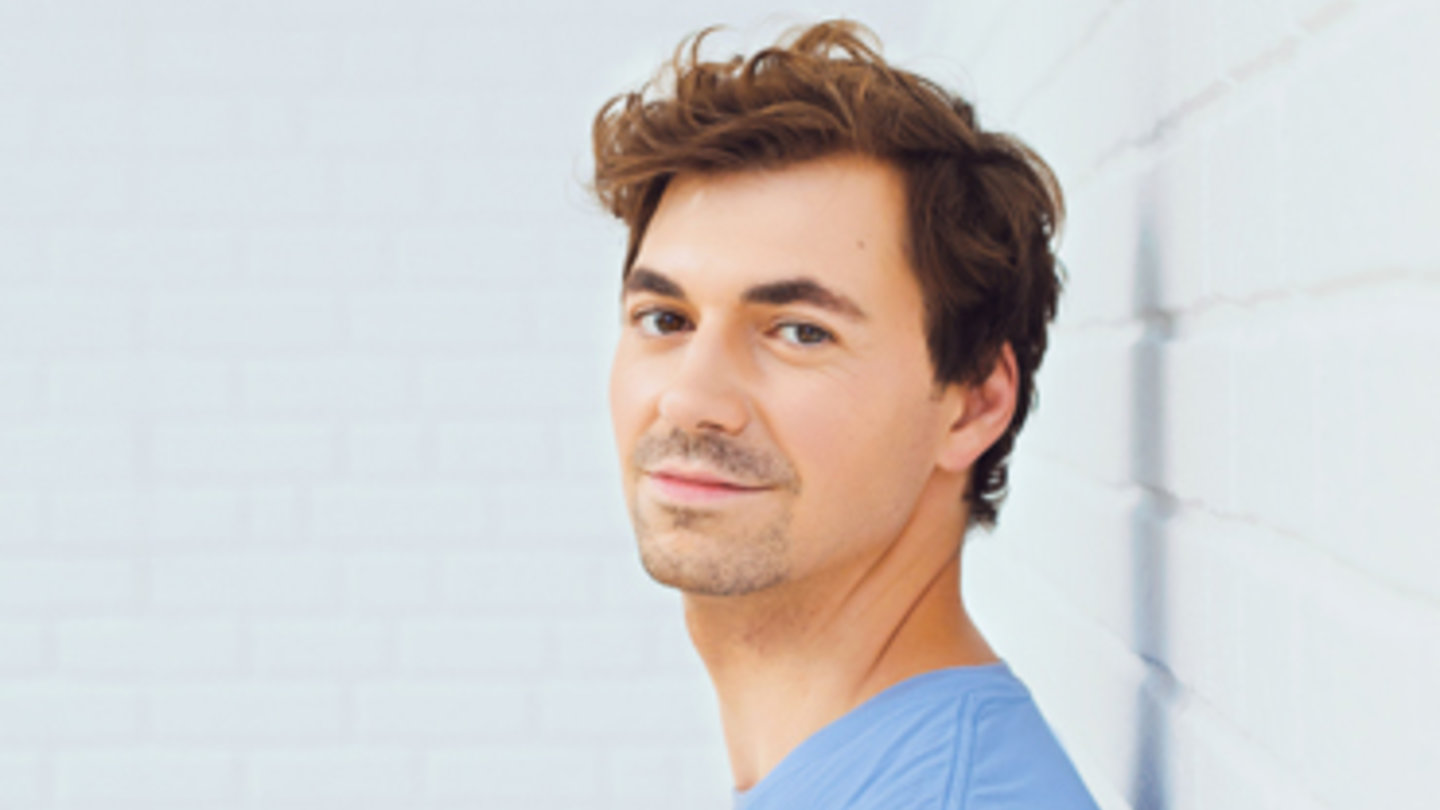 Valer Sabadus will grace our shores for the first time this August for one night only. Enjoy this short interview conducted with the countertenor ahead of his visit.

1. What have been your favourite roles to play? What do you think makes a good role for a countertenor?

My favourite roles in opera are above all the ambivalent roles, whose music and libretto can inspire, beguile and shock all at once.

Among them is undoubtedly Nerone in "L 'incoronazzione di Poppea" by Claudio Monteverdi for his equally strong drama in the libretto and music, as well as the real-historical reference to Emperor Nero.

While I was rehearsing this role, I always wondered: What went wrong in the education or childhood of this highly talented and megalomaniacal tyrant and neurotic, that he forces his best mentor and philosopher Seneca to suicide and later drowns his own wife Ottavia on the high seas?

I just think it is incredibly exciting and fascinating how Monteverdi deals with this "evil character" without simultaneously blaming with the wagging finger of the moral apostle and wanting to judge him. Maybe that's why he originally intended this role for a high castrato and not for a profound bass?!

Other roles that liked singing include the Orfeo of Gluck, the Sesto and Cherubino of Mozart, the Ruggiero, Rinaldo and Serse of Handel, and Irina from Peter Eötvös’ "Tri Sestri".

All these roles combine a sincere, passionate, sensitive, self-sacrificing and strong character who is ready to go to the utmost to fulfil his or her principles and duties.

2. Would you describe yourself as a high countertenor or a low countertenor? What's the difference?

I would describe my voice as a mezzo-soprano countertenor, because my slightly dark-coloured voice and vocal range correspond more to the ambitus of female mezzo-sopranos singing today. In the extroverted Baroque-Era, where the most beautiful and exquisite repertoire was reserved for the castrati, the rather staid countertenors were employed only in the spiritual repertoire. Therefore, there was no explicit separation between the individual countertenor types. This special typification of low, middle and high Countertenors only came up in the course of historically informed performance practice in the mid-20th century.

It is curious that even the pioneer of falsetto singers, Alfred Deller, did not even know at the beginning of his career that he was a countertenor.

3. What happens to a countertenor voice as you gain more experience?

For me, more experience means above all, giving the voice the time to develop further!

As mentioned before, my voice colour has become a little darker and more corporeal over time, and my vocal range has shifted slightly downwards. 10 years ago I started as a soprano countertenor and could even sing top C! Thank God I do not need that today because our repertoire is large enough and extends across a greater period. It has also been historically proven that even the voices of castrati changed over the course of their careers. Since the special technique of high singing constantly exposes you to danger, I try to keep my voice as safe as possible. After all, our vocal cords can’t be changed as freely as the strings on a violin. Due to greater experience, this awareness of owning something special is also felt more strongly in my body and soul.

4. Do you have a favourite composer? Why?

It would be too hard for me to choose only one. I count my "Big Five" favourite composers as undoubtedly Handel, Vivaldi, Bach, Gluck and Mozart. They have always accompanied me faithfully from the beginning of my singing career, and their ingenious compositions - sacred as well as secular in nature - have broadened my musical horizon and educated me to become a mature musician and human being.

On the other hand, I also love quiet, devout moments of silence and contemplation- the intimate songs of John Dowland and Henry Purcell, whose repertoire and unique sound language - originally intended for countertenors - have always touched me deeply.

I once had such a ‘must- do’ list firmly anchored in my head. Although this list is important at the beginning of your career and supports your own ambition, sooner or later you will find out that not all points lead you to the actual goal.

Of course, I would like to work more often with contemporary composers and librettists, to create a special role profile, which represents me as a versatile singer and artist. Also, there are certainly still some roles in baroque music that have not been rediscovered yet, that I would like to sing, but I like to be surprised and not overly constrained by my own high expectations.

Personally, I find it much more important to travel, to discover new countries and people, to combine music and culture. That's why it personally feels like the greatest privilege to come to Sydney, at the other end of the world, to make my debut as a countertenor!